€600,000 for Hitler's political descendants: How the EU funds Neo-Nazi Parties 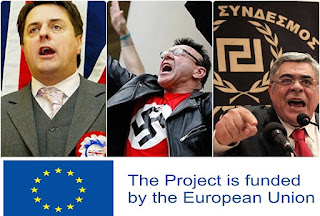 Here's another prove of how Imperialist institutions, instruments of the European bourgeoise, promote fascism and nazism. We republish here an article appeared on EurActiv (27 April 2016) which reveals that the EU gave 600,000 euros to the so-called 'Alliance for Peace and Freedom' (AFP)- member of which is the prosecuted for criminal activities Greek Neo-Nazi party of 'Golden Dawn'.