"It's sensible,anyone can understand it. It's easy. You're not an exploiter, so you can grasp it. It's a good thing for you, find out more about it. The stupid call it stupid and the squalid call it squalid. It is against squalor and against stupidity, the exploiters call it a crime, But we know: It is the end of crime. It is not madness, but  The end of madness. It is not the riddle But the solution. It is the simple thing So hard to achieve."

- Bertolt Brecht, In Praise of Communism.

Welcome to "IN DEFENSE OF COMMUNISM" 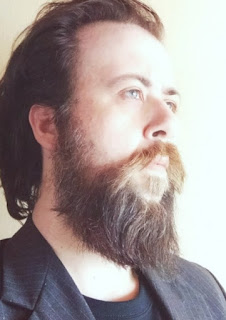 We live in times of a profound crisis of the capitalist system- it's certainly the deepest and lengthiest crisis of capital over-accumulation since the 1950s. More than 25 years since the predominance of opportunism and counter-revolution in the USSR and eastern Europe, Capitalism becomes more aggresive, more ruthless, more disastrous. Being in its highest stage (Imperialism), monopoly capitalism has reached its historic limits. We can understand that by looking the situation around the world: economic crises rooted in capital's over-accumulation, imperialist interventions, fierce attack on the rights of the working class, extended poverty, new refugee waves, rise of fascist-neonazi parties, etc. This is the capitalist barbarity of 21st century.

During the last decades, the international labor movement has faced a major retreat. Especially in Europe, a significant number of formerly communist and workers' parties submitted to opportunism, renounced Marxism-Leninism and incorporated completely in the bourgeois system. But, still, there are outbreaks of resistance; there are political parties and alliances which demonstrate a solid commitment to the fundamental revolutionary principles of Marx, Engels and Lenin.

In our era, the material preconditions for a socialist organisation of society are mature enough. Therefore, the need for the fight towards the transition from Capitalism to Socialism is more than ever urgent. Socialism is timely and necessary.

The blog "In Defense of Communism", edited in crisis-ridden Greece, aims in supporting and promoting the continuous advancement of the class struggle against the rotten capitalist system. We aim to defend the ideological and practical legacy of 20th century's historical socialism from various falsifications, but also to serve as a useful informative platform for the contemporary struggle of the working class in Greece, Europe and the World.