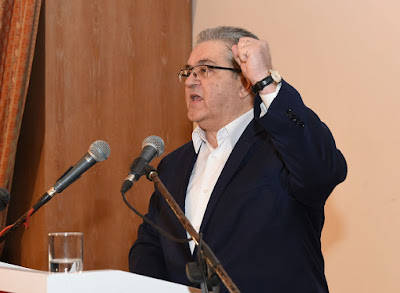 Dimitris Koutsoumbas sharply criticized the changes within the bourgeois parties, such as the integration of former PASOK politicians in SYRIZA, talking about the creation of a phony dipolism between SYRIZA and New Democracy (ND). "There, in the same part of the capital's interests, the politicians of the bourgeois parties can easily move from one party to another", the KKE Secretary said and added that "they only fight about who is more capable to implement the reforms needed by the big capital, who will serve the euroatlantic plans in our region and which recipe will best perform in the management of today's barbarity".

"This is the actual content of the confrontation between SYRIZA and ND, which are setting up a new phony dipolism with new fake dilemmas in order to entrap the indignation and dissatisfation of the people within the limits of the system" he added.

The KKE General Secretary also refered to the "dangerous competitions that are strengthening in the Balkan region between the USA, the EU, Russia and China", accusing the Tsipras' government for "participating in them in the side of the euroatlantic imperialists, in order to claim a share on behalf of the Greek bourgeois class". 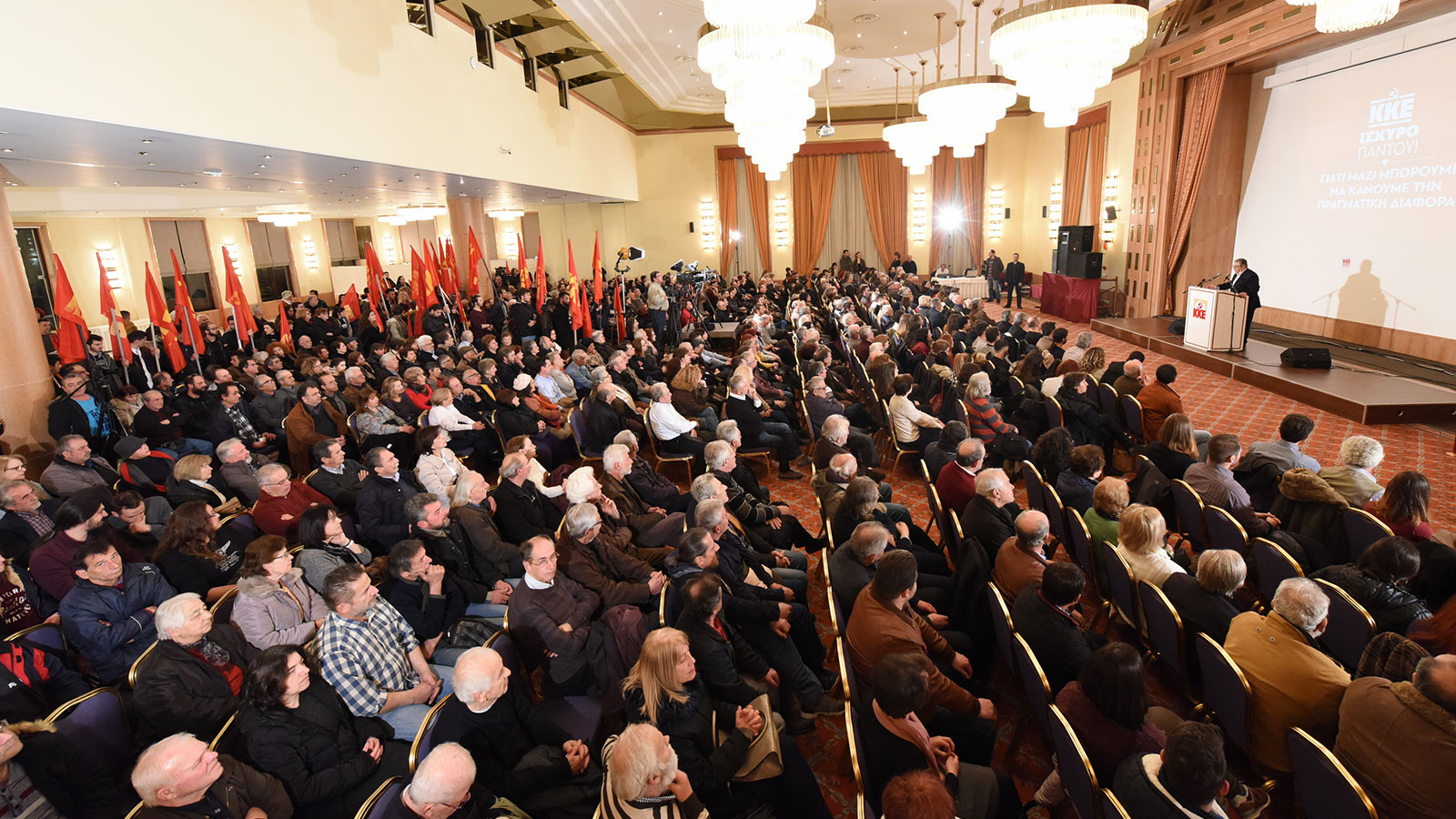 "This is exactly why he signed the NATO agreement of Prespes", Koutsoumbas pointed out, adding that "the congratulations that Trump sent to Tsipras and Zaev proves who planned and organized this agreemen".

"On this occasion, we propose to Mr Tsipras to place Mr. Trump as an honorary president in his progressive front", said the Communist Party Secretary sarcastically.

Furthermore, Dimitris Koutsoumbas sharply criticized the Greek Prime Minister for his overall handling of foreign policy issues. Reminding the criminal role of the imperialists in the Balkans, Koutsoumbas refered to "the plans of the USA and NATO which set foot in a country (North Macedonia) in Western Balkans, in an effort to intercept Russia's influence". The people of the Balkans, he said, "have bitter, tragic experience of NATO's activity in the Balkans. And when we talk about activity, we talk about the 5,000 dead people, the 12,500 injured ones, among them 2,700 children. For the bombed hospitals, health centers, nurseries, schools, monuments. This is the result of NATO's bombing in Yugoslavia", the Communist leader added.