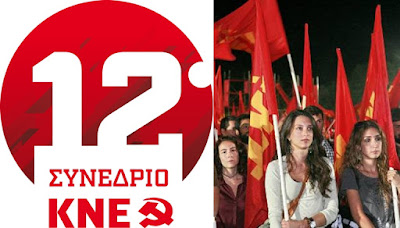 The Congress is scheduled to kick off on Friday, 15th of February, at 5 pm at the congress hall of the KKE headquarters in Perissos. An introductory speech will be delivered by Secretary of the Central Council of KNE Nikos Abatielos.

Until now, 24 delegations of Communist and Anti-imperialist youth organizations throughout the world have registered their participation in the Congress' works.

During the previous months, KNE organized a wide public dialogue, based on the Theses of the Central Council for the Congress, through the publications of its monthly newspaper "Odigitis".

Internationalist Political and Cultural Event "Solidarity with the people of Venezuela"

On Saturday 16 February, the CC of the KNE organizes an internationalist political and cultural event under the title "Solidarity to the people of Venezuela! No submission to imperialism, the people are the only superpower!".

The event will take place at the indoor "Sporting" arena (Metro "Agios Eleftherios") at 8 pm local hour. Speeches will be delivered by:

- Freddy Jesús Fernández Torres, Charge d'Affaires of the Embassy of Venuela in Greece.

- Nikos Zacharopoulos, Member of the CC of KNE.

The event will also include a cultural programme with music and songs inspired from the struggles of the people of Latin America.