The rally passed through the central avenue of East Berlin and ended at the memorial which is dedicated to numerous personalities of the German and international workers' and communist movement, including Ernst Thälmann, to the murdered workers and revolutionaries of November 1918, the International Brigades and all those who lost their life fighting fascism.

Karl Liebknecht and Rosa Luxemburg were murdered on January 15 1919, by  paramilitary troops of the social democratic government and the German bourgeoisie shortly after the violent suppression of the Berlin workers' revolution. 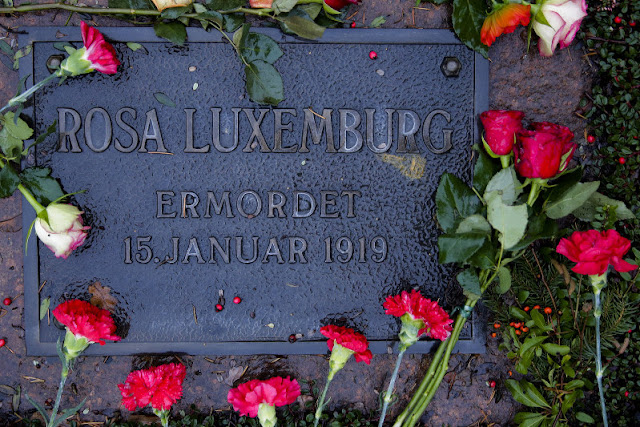