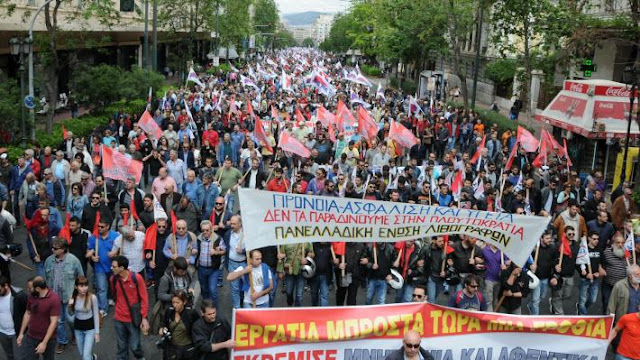 Thousands of workers, self-employed professionals, unemployed people, students, pensioners participated in the strike demonstrations organised by PAME (All-Workers Militant Front) across Greece. With a massive rally in central Athens, people of every age expressed their indignation for the government's plan to completely destroy social security. Starting at Omonia Square, the militant demonstration marched towards the Parliament at Syntagma Square.

PAME organises another two nationwide strike demonstrations on Saturday (7/5) evening and on Sunday (8/5) morning. Bellow you can see video and photos from today's rally in Athens (source: KKE). 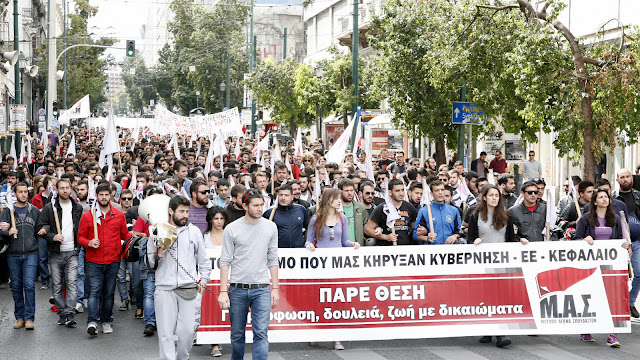 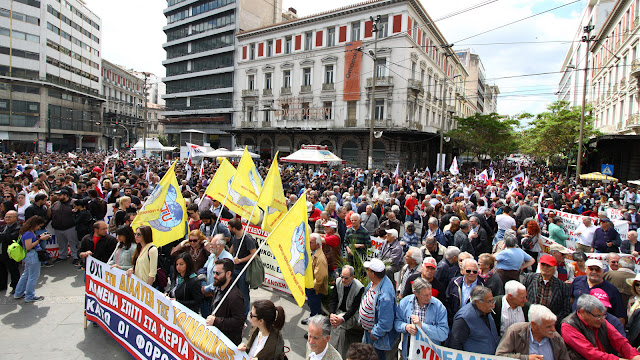 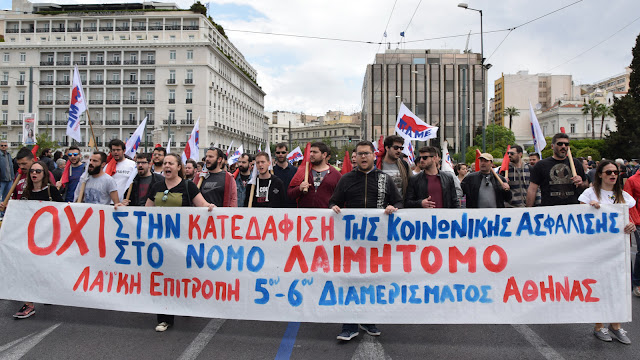 A massive strike demonstration took place in Thessaloniki, the country's second largest city. The march started at Venizelos statue and ended outside the Ministry of Macedonia-Thrace. From the demonstration in Thessaloniki.