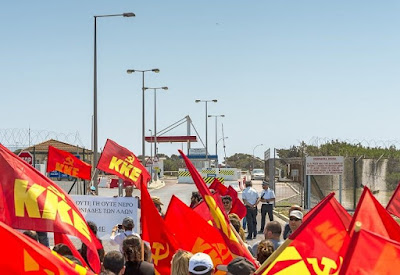 Carrying placards with slogans "NATO Killers Go Home" and KKE flags, the protesters called the working people of Cyprus to "assert their opposition to the facilitations given to the British butchers who are bombing the Syrian people. The British bases must be closed down now. Neither soil, nor water to the murderers of the people". Various international media (BBC, Associated Press, Sky News, etc.) reporting from Cyprus referred to the demonstration.


The members and supporters of the KKE blocked the entrance of the base for an hour, wrote slogans on the wall and handed over a resolution to the commander of the military base. A speech was delivered by Secretary of the Cyprus KKE Party Organisation Akis Poulos.

The resolution "against the operation of the British bases in Cyprus" writes:

"The Party Organisations of the KKE in Cyprus, the Greek immigrants and the Cypriot workers state our support to the people of Syria.

The closing of the British bases in Akrotiri and Dhekelia and the shut down of all the military mechanisms of Great Britain in Cyprus.

No to the participation of Greece and Cyprus in the imperialist interventions in Syria.

Immediate stop of any intervention against the Syrian people.

No to the providing of facilitations to the British and other European murderers, NATO and the EU, in their imperialist plans.

You are not welcome!

Neither soil nor water to the murderers of the people!". 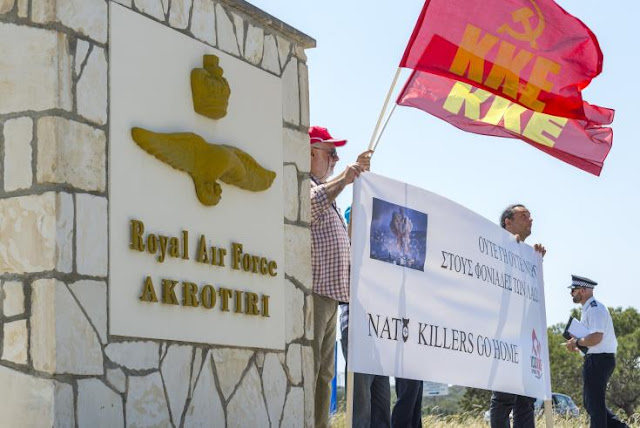 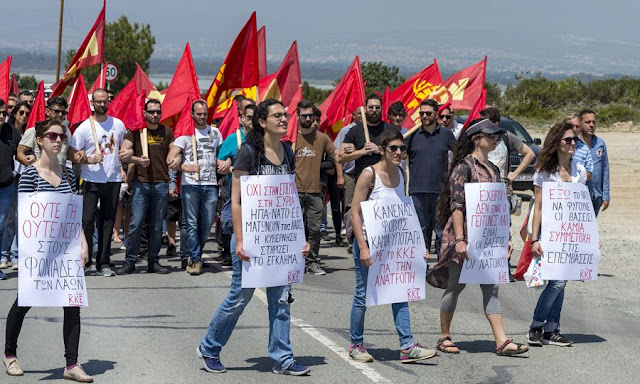 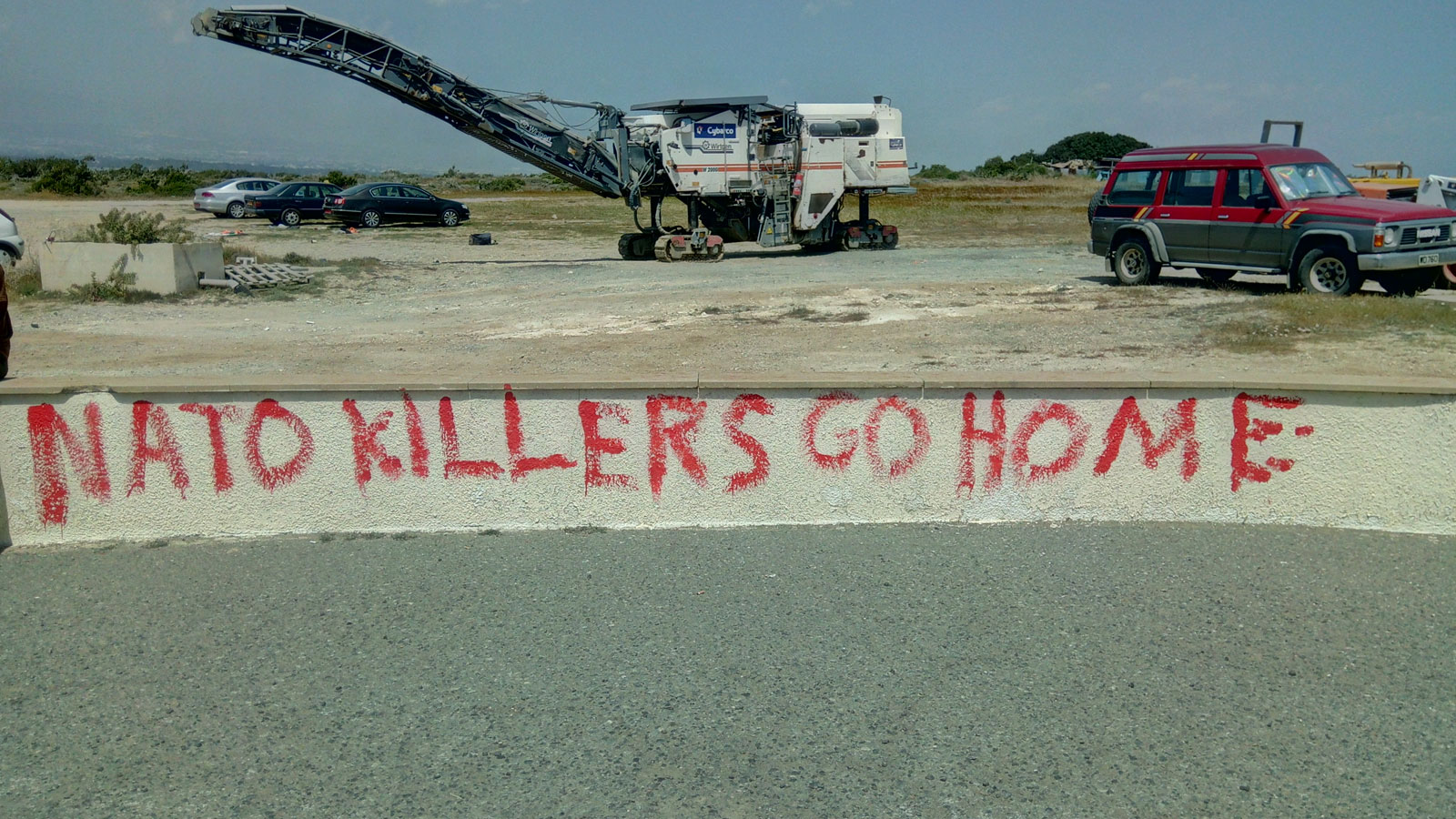