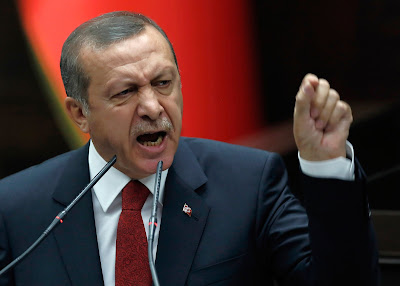 845 Turkish citizens were detained in January and February for sharing social media posts criticising the government or “defaming” Turkish President Recep Tayyip Erdoğan, as the number of detentions is gradually increasing every day.


Mass detentions particularly came after Ankara’s Afrin offensive in Syria, which was launched on January 20 along with the terrorist ‘Free Syrian Army’ units. Hundreds of left-leaning citizens were detained while dozens were arrested for criticizing the Justice and Development Party (AKP) via social media messages.

The government-led police operations targeted the Communist Party of Turkey (TKP) members and various left-wing party members such as the Labour Party (EMEP), the Freedom and Solidarity Party (ÖDP) and the pro-Kurdish Peoples’ Democratic Party (HDP) as well as many trade union members such the Confederation of Progressive Trade Unions of Turkey.

As the total detentions have largely exceeded one thousand in recent months, two TKP members were detained last week and TKP member Saime Yılmaz was arrested on March 28 on the pretext of defaming Erdoğan via social media posts. Most recently, Erdoğan labelled anti-war students as “communist terrorists and traitors”, vowing to eliminate their right to study and leading to the detention of many students from Boğaziçi University, one of the top universities of the country.

Today, early on April 9, two EMEP party members and one TKP member were also taken into custody for social media posts during a police operation in the capital city of Ankara.

‘GOVERNMENT TRIES TO DECREASE SOCIAL MEDIA USE WITH THREATS’ Arguing that social media platforms are of importance for dissident citizens, Yaltı said, “The number of platforms has decreased, on which the people could resort to their freedom of obtaining information. In this respect, social media is increasingly getting important. The government, therefore, takes steps in silencing the opposition. It wants to eliminate the freedom of expression and the freedom of press. They regard the constitutional rights as a pretext of detentions.”

Indicating to the upcoming elections in Turkey, Lawyer Yaltı added that the AKP government attempts to eliminate dissident elements and platforms ahead of the elections, resorting to decrease the use of social media with threats.

Ali Rıza Aydın, a former reporter of Turkey’s Constitutional Court, and the Chairperson of the Association of Left Stance in Law, shared his views with soL. “In essence, social media is defined as an individual network of communication. Therefore, Internet publications should not be confused with individual communication. As the law on the Supreme Board of Radio and Television shows, this institution can monitor the Internet publications, not the individuals,” Aydın noted.

Aydın said that recently increasing detentions cause troubles regarding the constitutional freedoms of expression and thought and lead to severe unlawfulness in practice. “Who does decide to detain who?” asked Aydın, adding that this appears as an organized implementation considering that a campaign of examination and detention has been launched as the youth is often targeted among millions of posts on social media.

Stating that the government resorts to such unlawfulness as an instrument of spreading fear among the society, Aydın also underlined that most of the detained citizens shared news and various political party statements rather than their individual opinions. Aydın added that, therefore, the government tries to portray anti-government and anti-establishment news, statements and social media posts as crime in order to silence the whole society apart from the opposition alone. 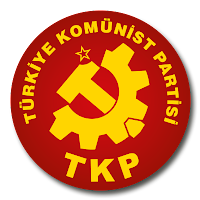 Meanwhile, some TKP members were unlawfully detained for sharing news from soL News or the statements of the communist party. The TKP denounced the detentions and arrests of party members through a statement on its weekly journal.

“They cannot ban the communists’ statements or publications. They also cannot oppose such statements apparently,” the statement reads, adding that the government cunningly attempts to criminalize party members on the grounds of their social media shares since it cannot dare to fight the party.

“We, the communists, would disdain to attack the reactionary, pro-market and pro-U.S. government with ‘defamatory’ words. We don’t swear, but we accuse! We don’t threat, but declare: we will judge. You will be called to account for your entire crimes,” the TKP concluded.