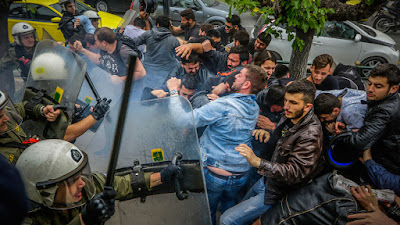 "Under the command of the SYRIZA-ANEL government, the forces of Riot Police attacked with bats, chemicals, tear gas and flash grenades against the mobilization. In fact, the forces of repression, hit with murderous blows and sent three protesters to the hospital, even came to the point and kidnapped 3 students who participated in the mobilization.
The SYRIZA-ANEL Government surrenders Greek land and seas to the imperialists to murder peoples, and at the same time it attacks violently against the youth movement that opposes imperialist plans.
The government, with its current attack, proves to be the best partner of the USA imperialism. The statements of the American Ambassador, who stated that "they are brothers", confirm this. They go together hand-hand in the carnage and the massacre of the peoples." 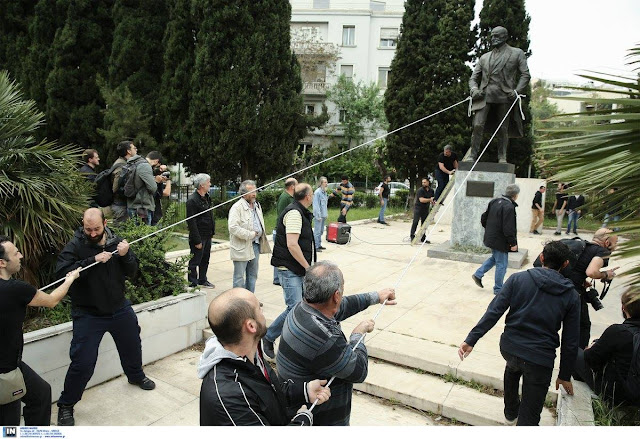 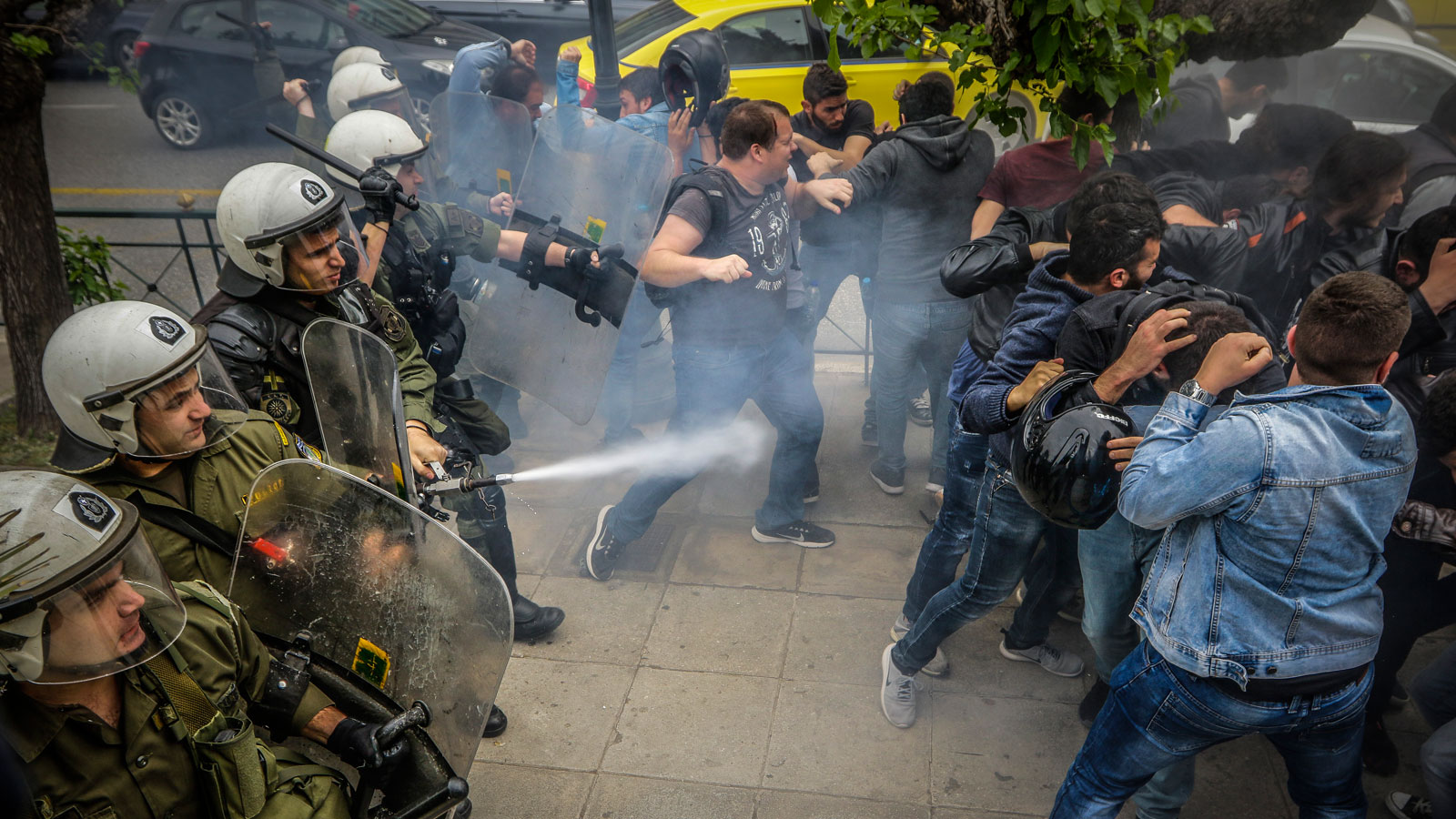 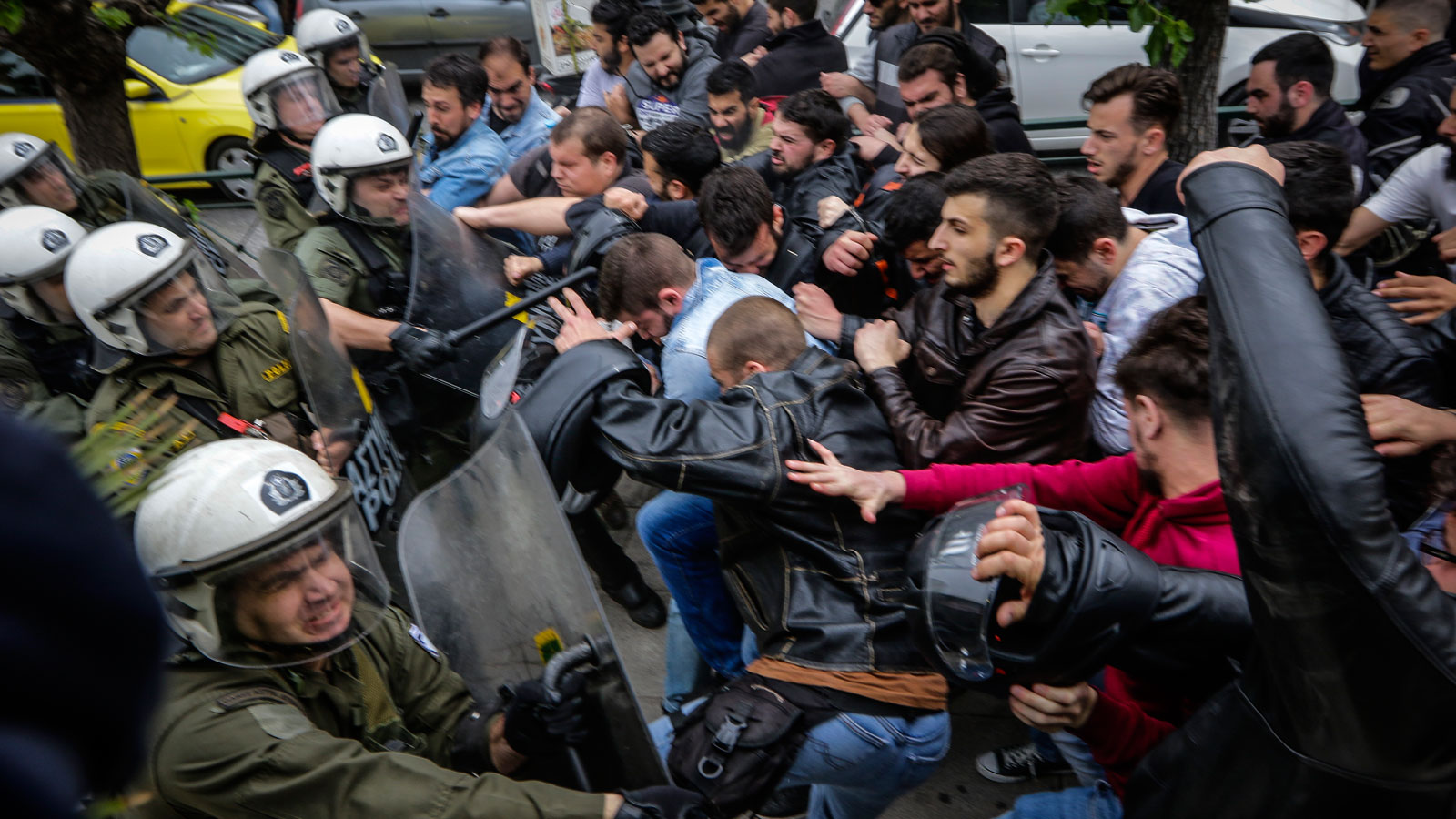 For the brutal crackdown of the demonstration by police, the Press Office of the Central Committee of the Communist Party of Greece (KKE) issued the following statement (902.gr):
"The KKE denounces the assault of the riot police, with chemicals and flash grenades, against the demonstration that had been organised by Trade Unions and students' associations, against the imperialist attack in Syria. The result was two detentions and two injured protesters.
The SYRIZA-ANEL government bears huge responsibilities for this incident. Not only it participates actively in the war against Syria, with numerous facilitations thus receiving congratulations from the U.S. ambassador, but seeks to promote its committment to the US-NATO plans, brutally beating protesters and defending with numerous police officers a statue- fossil of the bloodstained american imperialism.
The people and the youth draw their conclusions for the role of the Greek government, they aren't intimidated and will be even more dynamically present in the mobilizations of the next days".
IN DEFENSE OF COMMUNISM ©