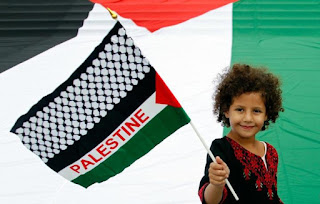 On this day in 1976, six Palestinian citizens (3 men and 3 women) were killed by the Israeli army in a demonstration called by the Communist Party of Israel in protest at the occupation of Palestinian land as well as the colonial policies of Israel. In light of the reactionary policies of Trump in announcing the US’ recognition of Jerusalem as the capital city of Israel, as well as the support of the imperialist states of the ongoing policies of the right-wing reactionary government of Netanyahu, this year the Palestinian political forces had planned for and announced a six-week long mass protest. A distinctive feature of this united protest was its peaceful nature and that it was held under the national flag of Palestine without the banners and flags of either political or military wings of the parties.

However, this peaceful popular movement was brutally attacked by the Israeli armed forces. Following the death of 17 people and the injuring of more than 400 of the demonstrators - including a 16-year old boy - Mahmoud Abbas, the President of the Palestinian National Authority (the State of Palestine), declared Saturday March 31st as a national day of mourning. 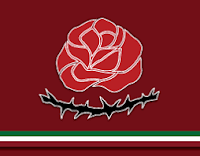 The Tudeh Party of Iran, which has always defended the legitimate rights of the people of Palestine according to the many resolutions of the General Assembly and the Security Council of the United Nations, strongly condemns this latest blatant crime of the Israeli armed forces in shooting the Palestinian demonstrators and killing 17 of them on the very first day of the demonstrations. In sympathising with the people and progressive forces of occupied Palestine - and particularly the Palestinian People’s Party - we call for the condemnation of the criminal military action of Israel by the United Nations.
We believe the only way to prevent the reoccurrence of such crimes is to resolve the Palestine problem based upon the establishment of the independent state of Palestine comprising the occupied territories within the borders as they existed prior to June 1967 with East Jerusalem as its capital and the right of return of Palestinian refugees to their homeland. We call for an end to the colonial occupation of the Palestinian lands in Gaza and the West Bank.
The Tudeh Party of Iran,
31 March 2018.