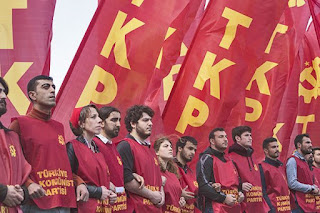 Noting that TKP is going to release soon an extensive declaration on 24 June snap elections, Okuyan added that they are going to keep opening new party branches. Okuyan also said the number of people saying "this system should be changed" is increasing rapidly.