Russia: The majority of people regret Soviet Union's collapse, dream of its restoration 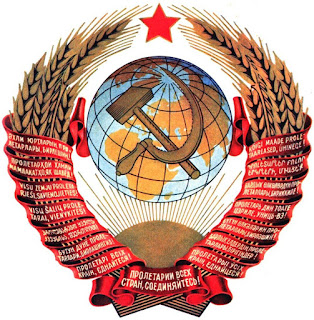 Source: Russia Today.
More than half of all Russian citizens believe the collapse of the Soviet Union was a bad thing that could have been avoided, while even more people say they would welcome the restoration of the socialist system and the Soviet state.
According to the latest poll conducted by the independent research agency Levada Center, the proportion of those who confessed to negative feelings over the collapse of the USSR is currently 56 percent, with 28 percent claiming their sentiments are entirely positive and 16 percent deeming the question too complex to give an unambiguous answer.
Fifty-one percent of respondents told researchers that in their opinion the collapse of the USSR could have been avoided, while 33 percent said they considered it inevitable. Some 17 percent said they couldn’t answer.


When researchers asked the public if they would like the Soviet Union to be restored, 58 percent replied in the affirmative, with 14 percent saying they considered such project quite realistic at the moment. Forty-four percent view the restoration of the USSR as unfeasible, even though preferable. Thirty-one percent said they would not be happy if events took such a turn, while 10 percent could not give a simple answer to the question.
In the press release dedicated to the poll, Levada specialists said the level of nostalgia for the USSR among Russians is now the highest in five years, but it is still far from the maximum of 75 percent registered in 2000.
In April 2005, President Vladimir Putin called the USSR’s collapse “the major geopolitical disaster of the [last] century” in a public address to the Russian parliament. This quote was circulated by the international mass media that claimed that it revealed the Kremlin’s alleged plans to return to socialism. However, the Russian leader has repeatedly rejected these allegations, explaining that he meant the negative effect of radical and quick changes on the lives of everyday people.
In 2015, Putin was interviewed for a documentary and directly stated that Russia had no plans to bring back the USSR, but complained that no one wanted to believe in this. He went on to accuse European governments of confusing modern Russia with its Communist-run predecessor and of sacrificing the interests of common people in post-Soviet republics like Ukraine for the sake of preventing an imaginary threat.