With mass militant rallies in Athens, Thessaloniki and other major cities, workers, labour unions, students, pensioners responded to the government's new law proposal on social security. The demonstrations were organised by PAME (All-Workers Militant Front) being a preparatory step towards the 48-hour general strike which will take place on the day of the law's submission in the Parliament. In Athens thousands of working people demonstrated in Syntagma Square, in front of the Hellenic Parliament having as a major slogan "Take back the law-guillotine".


Major speakers in the Athens demonstration were Sotiris Poulikogiannis, President of the Metalworkers Union of Attica and Ilias Tsimpoukakis representing the Committees of salaried and self-employed technicians.

Among the attendees was the General Secretary of the CC of the Communist Party of Greece, Dimitris Koutsoumbas. In a short statement he mentioned the following: "We say NO to the continuous governmental mockery. We say NO to the law-guillotine for the Pensions and Taxation systems, to all the anti-people measures. We fight for the total overthrow of the anti-people policy". 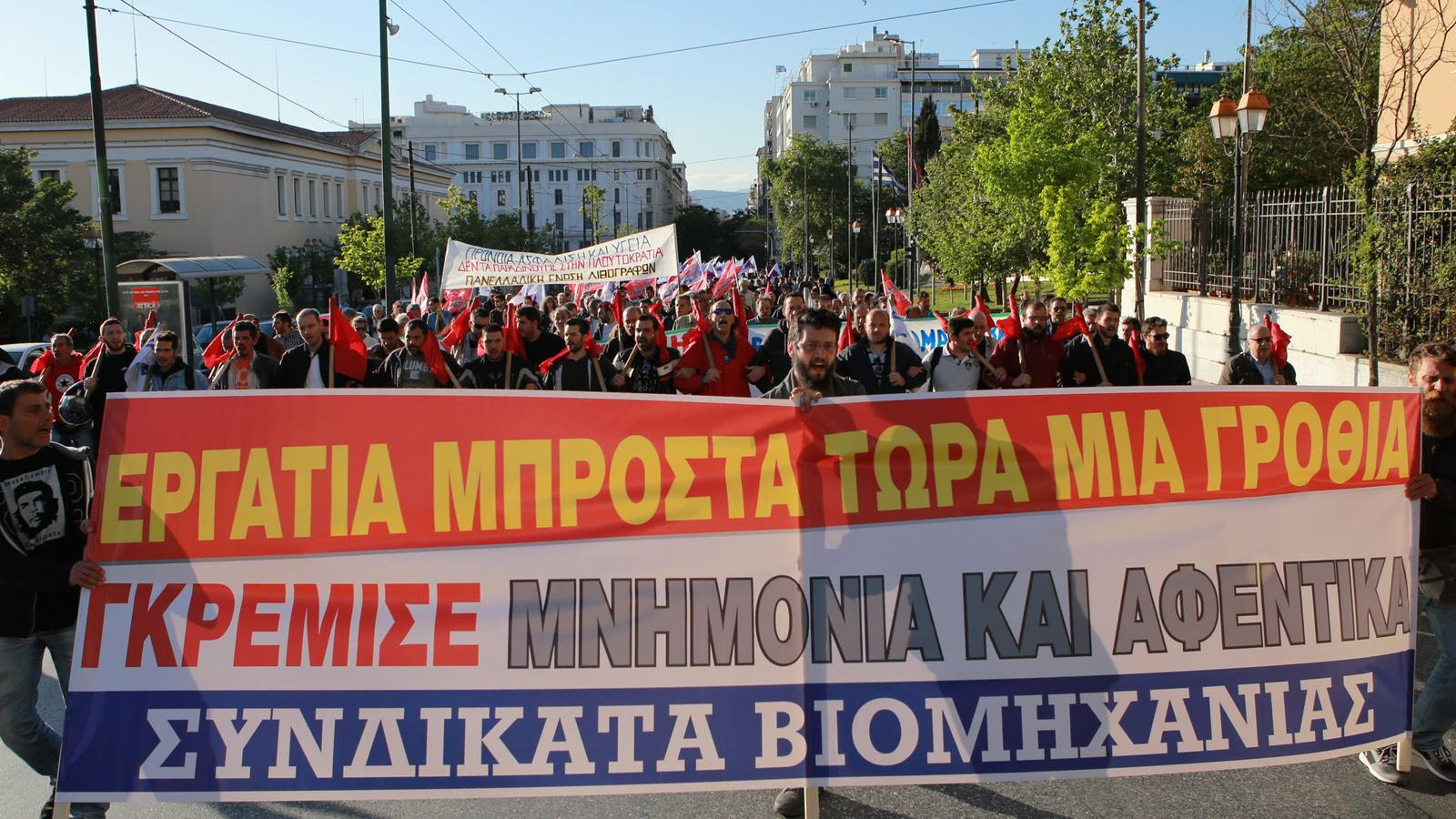 PAME calls the working people, the popular strata of the country to be in the militant rally of May-Day on May 8th in all major cities. In Athens, the celebration of the Workers' Day will take place at 10:30 am in Syntagma Square.