The Delegation of the KKE in the European Parliament, tabled a question to the High Representative of the EU for Foreign Affairs and Security Policy is relation to the persecution in Kazakhstan. The question noted that:
Vadim Kuramshin has been in prison in Kazakhstan for the last 4 years since 2012, when he was condemned to 12 years imprisonment on false and fabricated charges. In reality, he was imprisoned for his activity against the violation of democratic rights and gains by the Kazakhstan regime. It was no accident that his arrest and imprisonment happened immediately after his participation in a OSCE event in Warsaw, where he talked about instances of torture in the prisons of Kazakhstan.
He himself has made accusations that he has been the victim of inhuman treatment in Kazakhstan's prisons.
The current bourgeois regime that emerged in Kazakhstan after the overthrow of socialism and the dissolution of the USSR is constantly showing its anti-democratic and anti-people character, violently and murderously suppressing labour struggles, banning the activity of the CP of Kazakhstan, imposing new anti-democratic laws to control and more strictly manipulate the trade unions and to reduce labour rights and gains, imprisoning defenders of democratic rights.


In these conditions, the High Representative of the EU for Foreign Affairs and Security Policy is asked what position does she take concerning the continuing imprisonment of Vadim Kuramshin?

Regarding anti-communism and the criminalization of political activity in Latvia: 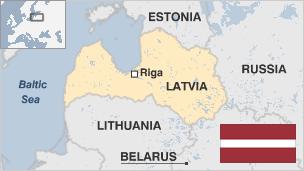 The MEP of the KKE, Sotiris Zarianopoulos, denounced the further criminalization of political activity that is being attempted in Latvia with a question to the  High Representative of the EU for Foreign Affairs and Security Policy, F. Mogherini. The question is as follows:
The regime that has prevailed in Latvia since the overthrow of socialism in the USSR has carried out a comprehensive raft of anti-democratic machinations, imposing anti-communist laws and persecution, imprisoning political opponents, depriving political and social rights from a significant section of the population, praising the local Nazis, blackening the Anti-fascist Victory and the period of socialist construction, during which the people of Latvia experienced unprecedented social gains. Now it seeks the further criminalization of political activity, promoting changes in the criminal code, to such an extent that even the current President of the country,  Raimonds Vējonis, was led to express his opposition to the specific changes.
On the 7th of April, it is expected that the Saeima (parliament) of Latvia will approve the final changes to the criminal code, which further worsen the situation as regards democratic rights in Latvia.
Consequently, amongst other things, “the public call for the overthrow of power or the change of state organization” can from now on be punished, on the basis of the proposed code, with imprisonment of up to 5 years. In reality,  political activity that looks to radical changes in the economy and society will in this way be subject to criminal prosecution.
In addition, after the latest deterioration of the EU’s relations with Russia, there is reference in an article of the specific criminal code that “assistance to a foreign state or foreign organization in activity damaging for the interests of Latvia” can also be punished with up to 5 years’ in prison.  Moreover, as many legal experts argue, the undefined term “assistance” can lead to new anti-democratic persecution and the criminalization of political activity.
The High Representative of the EU for Foreign Affairs and Security Policy is asked what position does she take concerning the aim to further criminalize political activity in Latvia?