Greek soldier: "The bloodstained NATO flag is a disgrace for our Navy"

The advanced involvement of the Greek Armed Forces in NATO's imperialist missions and plans has led to multiple reactions within the ranks of soldiers who have publicly denounced the participation of Greece in NATO's drills.

A month ago, Greek Navy conscripts had publicly protested the participation of Greek ships in NATO's military exercises. This time, Stavros Papadakis, member of the "Navarinon" frigate, officially reported his strong disagreement for the involvement of the frigate in the so-called "Sea Guardian" maritime security operation of NATO in the Mediterranean Sea.
Read more »
Posted by In Defense of Communism 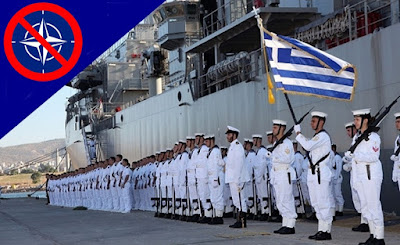 SHAME: Greek soldier punished because he participated in anti-war demonstration!

Aimilios Kaklamanos, soldier of the Greek army, was punished by his unit for participating and speaking in an antiimperialist demonstration organised by the KKE in Athens on February 27th. In his speech, the soldier had argued against the participation of Greek soldiers in the warmongering imperialist plans of NATO-EU.

Today, the Communist Party of Greece (KKE) issued a statement condemning as "unacceptable" the punishment of the soldier. More specifically the statement reads:

"The KKE denounces the unacceptable punishment of the soldier who participated and spoke at the antiwar rally of the KKE, in Athens, on 27/2.
Read more »
Posted by In Defense of Communism 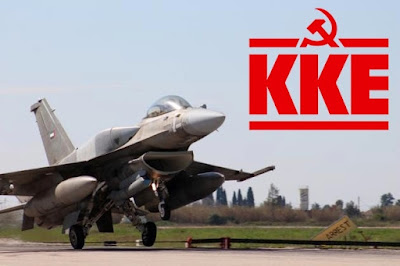 "The multinational exercise "Iniochos 2018", with the participation of a large number of forces from the USA, Britain, Italy, Israel, the United Arab Emirates and Cyprus, is conducted neither for the strengthening of the defense nor for the protection of the country's sovereign rights, but consists a "war rehearsal". Such exercises test in practice the operational plans schemed by the imperialist powers, aiming at the pillaging of the resources of the region and the control of their transportation's routes, bloodsheding and uprooting the people, like in Syria. Besides, for that reason the US ambassador G.Pyatt has been invited to attend the exercise.
Read more »
Posted by In Defense of Communism

According to letters published at 902.gr portal, soldiers express their anti-imperialist sentiments, as well as their willingness to participate in the, organized by local peace committees, anti-NATO demonstration which is scheduled to take place on Sunday 11 February in the city of Alexandroupolis.
Read more »
Posted by In Defense of Communism

"We will never guard, or carry out any other service that supports NATO and the American murderers of the people. That is what I personally supported in my report to the (military) command. My colleagues did the same. It is provocative and unacceptable that they bring in our country, in our home, NATO's army which plan and unleash wars against the people."
Read more »
Posted by In Defense of Communism 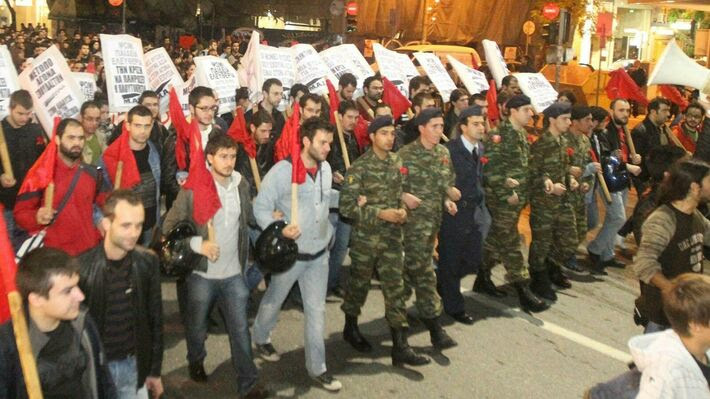