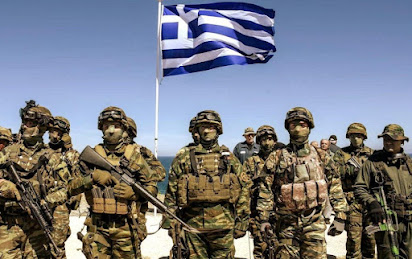 In a statement, the Solidarity Committee for the Rights of the Conscripts strongly denounces the decision to punish the soldier, underlines the responsibility of the Government and especially the Ministry of Defence and calls for the immediate revocation of the sentence.

“Under the supposed argument of “military discipline” they seek to deprive young conscripts of their inalienable right to freely express their opinions, thoughts and concerns during their term of service”, the Committee stresses out among other things.

“The soldier's sentence must receive the mass, widespread condemnation from Trade Unions and Students Unions. Soldiers from all units of the country must condemn this dangerous incident”, the statement reads, adding that “the soldiers are the people's children, they have political rights”.

It must be noted that this is not the first time a soldier faces punishment after expressing publicly anti-imperialist, particularly anti-NATO and anti-US, views. In 2018, a soldier had been punished for participating and speaking in an anti-war rally organized by the Communist Party (KKE) in Athens.