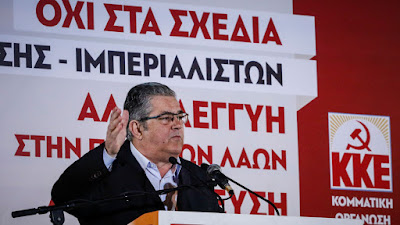 Referring to the recent tension between Athens and Ankara, Koutsoumbas said that NATO consists a factor of instability that fuels the aggressive attitude of the Turkish government. The General Secretary of the KKE underlined that the argument that Greece's NATO membership secures the country's sovereign and territorial rights has utterly refuted. He reminded the US-NATO support to the 1967-1974 military dictatorship, their role during the 1974 Turkish invasion in Cyprus and the island's partition, as well as NATO's role in the creation of "grey zones" in the Aegean such as in the case of Imia.

The KKE General Secretary sharply criticized the government for its policy on the Macedonia name issue, saying that the process of the negotiations between Greece and FYROM consists part of the imperialists' aspiration to incorporate the neighboring country in NATO. "[FYROM's] accession in NATO consists factor of insecurity, further instability, military problems" said Koutsoumbas and added that "actual solution means guarantees for the eradication of irredentism, of nationalism, of territorial claims, guarantee for the inviolability of the borders, which means changes now- not future ones- in the constitution of FYROM". 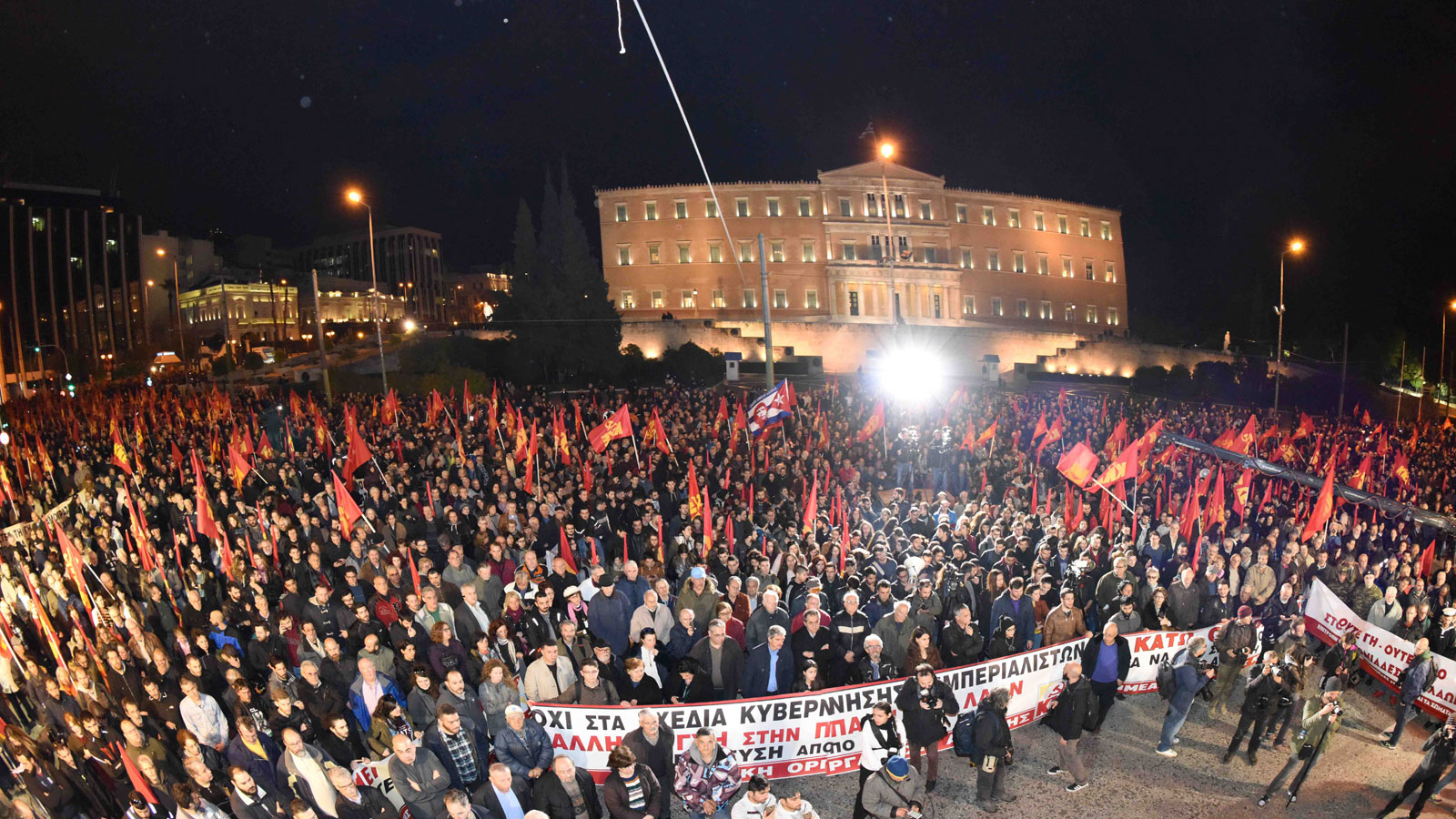 "The government", underlined Koutsoumbas, "is holding the banner of USA and NATO, because through this choice it wants to promote the geostrategic interests of significant parts of the large Greek capital". An example of that, he pointed out, is the references of the US ambassador to northern Greece, with Thessaloniki as its center, as an "economic, political and military center for the broader region". 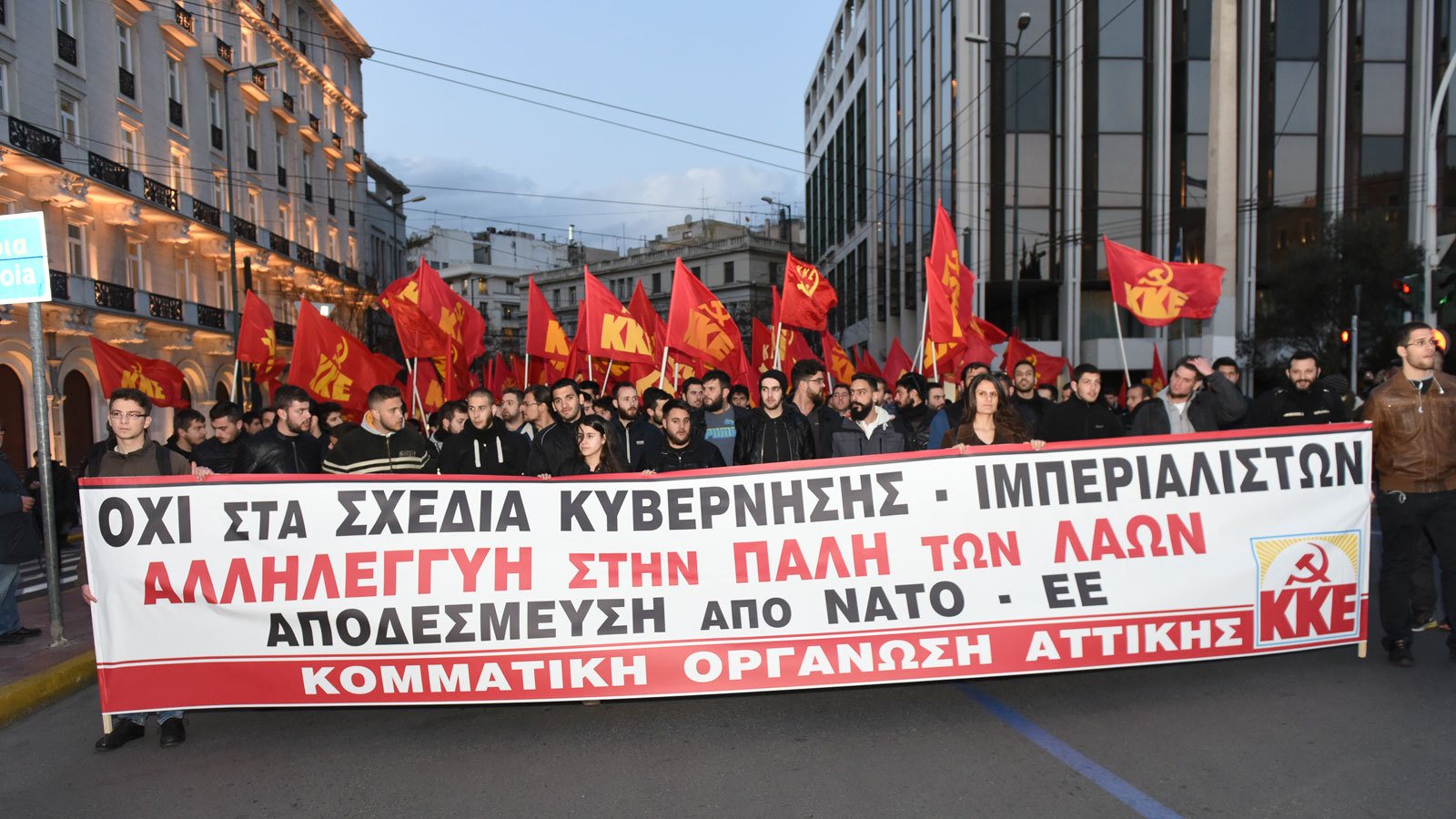 The KKE General Secretary called the working people, the youth to join the struggle, alongside the KKE, against the imperialist unions. "Patriotism" he said, "has nothing to do with the aspirations of foreign interests, of EU and NATO".

The speech was followed by a demonstration outside the US embassy.