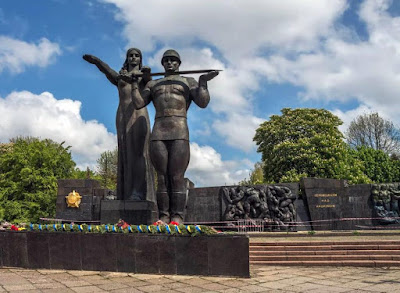 The decision was strongly condemned by the country's communists. Petro Symonenko, General Secretary of the Communist Party of Ukraine, said that the dismantling of the monument is “an act of state vandalism and moral terrorism” and added: “This is a crime against the memory of the soldiers of the Red Army, a crime against the memory of compatriots who died in the fight against the fascist infection, it is a slap in the face of the international community and all members of the anti-Hitler coalition”.
The Monument of Glory in Lviv is one of the many soviet-era memorials which have been targeted by Ukraine's far-right authorities after the so-called “Euromaidan” in 2014. A law by the government ordered the dismanting of all “communist symbols”, but war memorials were exempt from the rule. The Lviv authorities had to find some other excuses in order to tear down the Monument of Glory.

The local authorities claimed the monument needed to be demolished due to its poor condition, following multiple acts of vandalism by fascist thugs in the previous years. It is characteristic that the stele of the Monument of Glory was demolished in Lviv on the night of March 3, 2019. 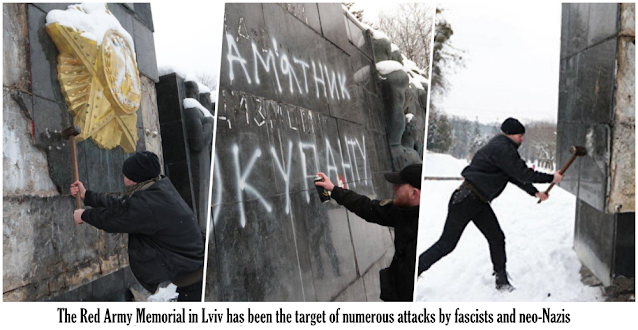 Lviv’s authorities have said the monument – which was installed in the city in May 1970 as an honor to the victory against the fascists in WWII- will be replaced by an undefined “public space”.

The same local authorities had named 2019 as “Stepan Bandera Year”, in honor of the infamous Ukrainian terrorist, fascist and Nazi collaborator, while numerous streets have been renamed in honor of Nazi collaborationists and murderers.