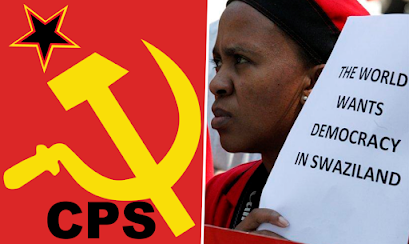 On the same day that the Speaker of Swaziland’s National Assembly publicly proclaimed that many girls in Swaziland have resorted to sex in order for them to have a meal, Mswati’s children were on the other hand splashing money and dancing on tables in luxurious birthday parties. The continued gross display of lavishness is a clear example that the absolute monarchy has lost all fibre of care concerning the dire economic situation faced by the people of Swaziland.

Despite Swaziland being considered a “lower middle income” country, close to 70 percent of the people live below the poverty line, with women suffering the most. The situation is now so bad that the police continuously discover that some parents are even allowing men to have sex with their girl children and offering them for marriage. Swaziland’s soldiers have also been reported to be taking advantage of young girls by having sex with girls as young as 14 (rape) in exchange for food. These crimes call for the intensification of the struggle to dismantle the Mswati autocracy and replace it with a democratic state.

The fruits were never going to fall far from the tree, however. Mswati’s insatiable thirst for splendour and extravagant parties in the midst of deepening poverty is well documented. Mswati, who rules Swaziland as an absolute monarch, together with his family, are not accountable to anyone. As an executive monarch, he also rules over the judiciary while parliament is nothing but a puppet for the implementation of his unilaterally taken decisions.

The Communist Party of Swaziland calls for the mass democratic movement to unite in the fight for democracy. The fight for democracy, however, is not complete without the fight against gender inequality. While women under the tinkhundla system are seen and treated as nothing but objects of sexual exploitation, the revolution must uphold the full rights of women as human beings, while also dealing with the historical imbalances that have enslaved women.

No woman, no revolution!