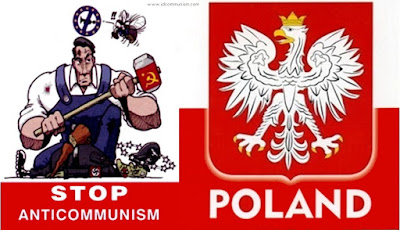 Recently, the Attorney General's Office and the Ministry of Justice asked the Constitutional Court to declare the activities of the Communist Party illegal because, as they claim, it “incites the revolution in its charter” and “refers to a totalitarian regime”.

This new episode of anti-communist “witch-hunt” features Zbigniew Ziobro, the Polish Minister of Justice who presented before the Constitutional Court a motion that aims to declare the Communist Party's activities as “illegal” and end its operation. Ziobro's motion points out that the KPP members “openly call for a revolution inspired by the October Revolution in Russia” and adds that among the Party's aims is “to carry out nationalization and collectivization in a forced manner”. In a statement published in its official site, the KPP responds to the Minister's accusations.

A former member of the far-right, ultra-conservative and nationalist “Law and Justice” party, Ziobro is a political representative of the most reactionary wing of contemporary Polish politics. Among others, he is against the Istanbul Convention on Preventing and combating violence against women and domestic violence and declared the beginning of Poland's withdrawal from the Agreement.

Minister Ziobro has also referred to the possibility of introducing a law that will criminalize any reference to Poland's role in the Holocaust. In fact, that is an effort to target any reference to the notorious Polish Nazi-collaborators who, among other things, fought against the Soviet Union in World War Two.

All these initiatives of the Polish government against the Communist Party and civil liberties go hand by hand with the emergence of fascist and neo-Nazi political groups in the country. Under the cloak of “Polish patriotism” the bourgeois political system of Poland is hatching the serpent's egg and the outcome for the country's working people is going to be devastating.

The European Union bears immense responsibilities for this situation in Poland, as well as in other countries of Eastern Europe, including the Baltic States. We must remember that the EU is a consistent promoter of the hideous and unhistorical “two extremes theory” that tries to equate communism with fascism and nazism. The EU and its bodies organize annual provocative anti-communist fiestas (e.g. Black Ribbon Day on August 23rd) where the former socialist states are slandered as “totalitarian regimes”! At the same time, millions of Euros from the EU budget have been spent for the creation and operation of projects (e.g. House of History) that aim to contribute to the falsification of history, the “whitewashing” of imperialism and, ultimately, to the slanderous campaign against communism. 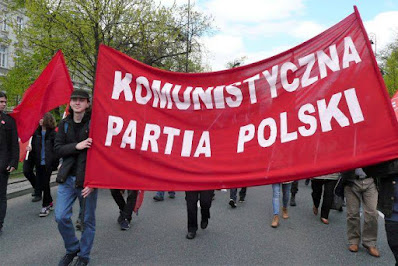 As we wrote before, anti-communism in Poland is accompanied by the rise of fascism and the promotion of reactionary ideologies. The prevalence of the counterrevolution and the restoration of the capitalist system in the end of the 1980s was followed by intense and persistent anti-soviet, nationalist propaganda promoted by the bourgeois Polish governments, the Catholic Church and the EU.

The bourgeois institutions talk about Poland's supposed “growth” and “prosperity” in the post-socialist period. But the truth is that 17% (6.4 million) of the country's population lives under the poverty line, while 4% (1.5 million) live extreme poverty (World Bank, Borgen Project). Young people struggle to keep long-lasting employment because of the so-called “junk contracts” (temporary contracts without a stable income) and a significant number has left the country for better opportunities abroad.

Alongside the prohibitions against the activity of the Communist Party come the anti-labor measures, the assault of the Duda government against the rights and achievements of the working class. The progressive, democratic forces in Poland, in Europe and the world must not remain silent in face of this assault against communists and the working class.
Anti-communism shall not pass!