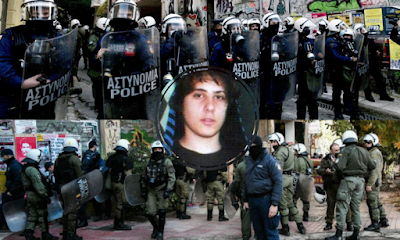 Once again, the conservative New Democracy (ND) government resorted to authoritarianism by prohibiting all public gatherings on Sunday, creating a police state environment in the central Athenian neighborhood of Exarchia.

Riot police used violence against random people (including political parties and youth organizations' representatives) who tried to approach the spot where Grigoropoulos had been murdered. Clashing with groups of people, including photoreporters, police forces also made use of flash grenades while approximately 100 protesters were arrested. Among the prosecuted ones were anti-fascist lawyers Thanasis Kampagiannis and Kostas Papadakis who tried to defend the people.

In the city of Chania, Crete, police forces violently dispersed the crowd and arrested nine people. 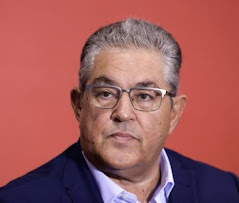 “Since morning, delegations of political parties, youth organizations, elected officials in the local administration, trade unions and organizations of students, pupils, etc, observing all health measures, approach the place where A. Grigoropoulos was murdered in order to leave a flower. In face of these symbolic events in the memory of a boy who died so early, the government responds with thousands of crowded police officers, with authoritarianism and arrests.

Once again, the government is exposed and ridiculed. The authoritarian measures it takes are beyond any logic of protection of public health which, after all, the government has left to chance. These measures obey only in one logic and one goal: To gag the people – especially the youth – and to perpetuate repression practices under the pretext of the pandemic”.