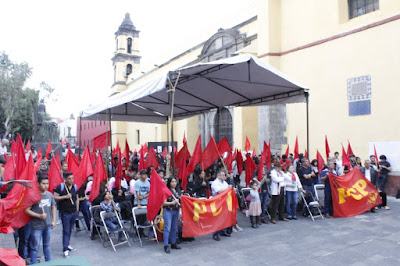 This year marks the centenary of the communist movement in Mexico and the 25th anniversary of the reformation of the Communist Party of Mexico (PCM). On this occasion, PCM organized an international seminar and its 7th Communist Festival which took place on 23-24 November in Mexico City.


The Communist Party of Greece (KKE) was represented by Kostas Papadakis, member of the Central Committee and KKE deputy at EU Parliament and Aris Evangelidis, member of the International Relations Department.

The international seminar, which was hosted at the center of the workers' syndicate at the Autonomous University of Mexico, included two major topics: "El Mundo será socialista, o no será" (The world will be socialist, or it won't be) and "Experiencias y dificultades en la organización de los partidos comunistas. Vigencia del Partido Comunista en la lucha por el socialismo" (Experiences and difficulties in the organization of communist parties. The validity of the Communist Party in the struggle for socialism).

The 7th Communist Festival included various cultural activities and exhibitions about the history of Mexico's communist movement while a special panel was dedicated to the Emancipation of Women. 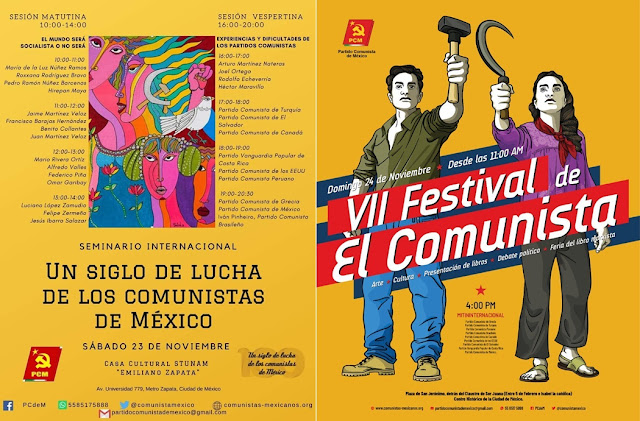