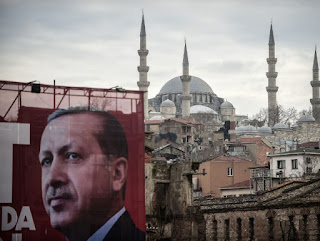 It is also emphasized that the duration of the job search with the crisis is extended, the number of job seekers for more than a year increased by 31 percent. Relatedly, unemployment insurance applications have increased by 48.8 percent compared to the last year.

As soL news portal has reported "Turkey has witnessed the harshest attacks of privatisation in public sector in defiance of the working people during the rule of Erdoğan’s AKP government. As the government boasted about the “gaining” of privatisation practices, 75 billion US dollar obtained from privatisations was spent on domestic and foreign debts while local and foreign capitalists plundered the Turkish economy."

With poverty rising within the working class and the popular strata of Turkey, the capitalists continue to gain profits. An example is Koç Holding, one of the most profit-making capitalist circles during the rule of Erdogan’s AKP party, escalating its turnover of 8,5 billion US dollar in 2012 to 27 billion in 2017.

The combined wealth of Turkey’s billionaires is approximately $43.1 billion according to US magazine Forbes. Other prominent capitalists include, among others, Murat Ülker, Erman Ilıcak, Semahat Sevim Arsel, Ferit Sahenk and Hüsnü Özyegin.