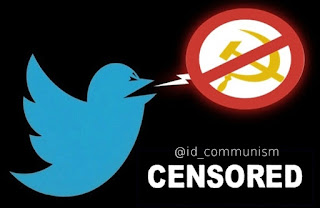 Without any prior warning or justification, the social media platform TWITTER proceeded to the suspension of the "In Defense of Communism" account (twitter.com/id_communism) on Thursday 14 November 2019.

The account, which had 10,500 followers, never violated any of the terms and conditions of TWITTER and was never engaged into any exchange of hate messaging or any kind of offensive behaviour against other accounts.


We strongly denounce the suspension of @id_communism account by TWITTER which, we believe, is politically motivated. Promoting the ideology of socialism-communism, the account became a target of anti-communist mechanisms and as well as right-wing and fascist internet trolls.

After filing an appeal against this disturbing and unjustified act, Twitter restored the account. However, the questions about the political motivations that may exist behind the suspension continue to exist.