Massacre in Melilla: A Barbaric Crime of Europe’s “Progressive” Imperialism 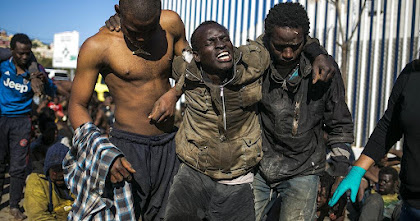 The images of barbarism and inhumanity in Melilla, on the Spanish-Moroccan border, are a modern crime of the so-called “progressive” imperialism of Europe.

The same forces that for centuries plundered the wealth of African countries and exploited its peoples as slaves, today kill hundreds of uprooted people in live transmission in cold blood.

The EU and the governments that cut the wages of Europe’s workers, impose barbaric anti-peoples’ policies, persecute those who resist and attack democratic and trade union rights within their own countries, also try to target the poor and oppressed of other countries, and cultivate racism to hide their brutal anti-workers’ policies.
This heinous crime also reveals the dangerous role of various forces in the unions that try to trap the workers of Greece and Europe in false dilemmas and turn the workers’ movement into a support mechanism for various so-called “progressive” or “left” governments. The peoples on the borders of Europe, Spain, Greece, Italy, we experience from governments of all shades the targeting of refugees and migrants as “invaders” and “hybrid threat”. As we experience, respectively, the targeting of workers’ struggles as a “danger to the economy.”

The timing of the crime in Melilla and the cynical statements of the so-called “progressive” Prime Minister of Spain with the NATO summit in Madrid, is an additional reminder of NATO’s role in “protecting the people”. Another page in the Black Book on the crimes of European imperialism against the peoples. 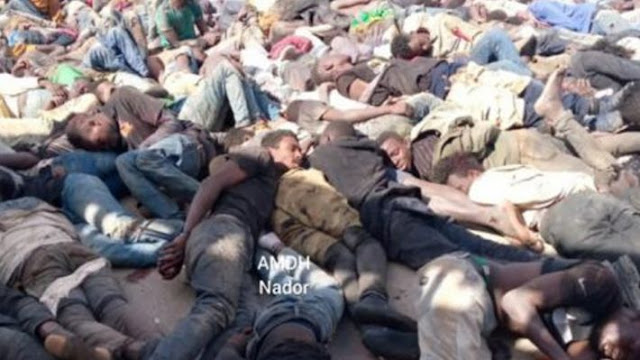 We are escalation workers’ struggle to overthrow barbarism and misery.

We strengthen the common struggle of Greeks and migrants!