World Environment Day: No more exploitation of the environment and workers for the sake of profit 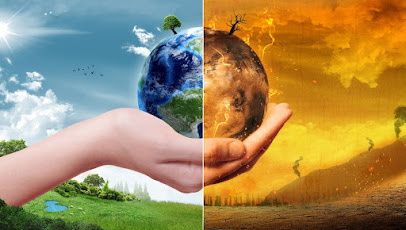 "No more exploitation of the environment and workers for the sake of profit" says the World Federation of Trade Unions (WFTU) on the occasion of the World Environment Day. The full statement of the WFTU reads:

Undoubtedly one of the issues that has been raised in the public debate in recent years is the environmental crisis and its various implications. Climate change, global warming, extreme weather events, sea level rise, environmental degradation, deforestation, pollution of air, water, soil, seas and forests, the degradation of biodiversity and the ecosystem, the uncontrolled and unregulated capitalist economic activity in mining, agriculture, stockraising, the production,  The creation of conditions for the outbreak of pandemics and diseases are issues for which scientists have been revealing data and sounding the alert for years.

One illustrative example is that almost all the children all over the world (99%) are affected by at least one of the climate and environmental hazards, shock and stresses such as heatwaves, cyclones, riverine flooding, coastal flooding, water scarcity, vector-borne diseases, air pollution, leas pollution, while hundreds of millions of children are affected by up to 5 of the consequences of the environmental crisis according to Unicef.

Five of the main factors that have raised the debate on this issue are: a) the increasing scientific research that finds-records climate change and its effects b) the technological development of production methods that make feasible and relatively economically viable the renewable and “green” technologies c) the increasingly aggressive investment and accumulation made by monopoly groups in the field of “renewable” energy sources and “green” commodities to ensure “green profits” d) increasing visibility of so-called “green” and “sustainable” development policies on the agenda of governments, political parties, and international organizations and e) the consequently recorded increase in interest and raising of public awareness on relevant issues.

The World Federation of Trade Union and the class-oriented trade union movement have always as one of its priorities the environmental issues. On the one hand, the workers and the popular strata objectively have no material incentive or interest in the infamous exploitation of nature and the deterioration of the social and working environment, and on the other hand, the workers, the poor peasants, the ordinary people, and peoples are the ones who are exposed and unprotected to the various negative consequences in the environment caused by the unregulated capitalist production. The common people, the poor people, and the popular strata of every country are the ones who are poisoned and die due to polluted air, buried in the garbage, drowned in floods and hurricanes, burned in fires and heatwaves, faced with social exclusion, poverty, and miserable living and working conditions. According to the International Labor Organization, the poorest and least developed countries – that is, the countries that are less responsible for creating the problem – are more likely to face the worst effects. ( ILO, International Journal of Labour Research 2010 vol 2 issue 2)

The contradiction between the owners of the means of production and the workers, as well as the unregulated and uneven development of capitalism, especially monopoly capitalism, deepen all the timeless inequalities and contradictions, while new ones appear and swell.  The unregulated capitalist economy, especially since the industrial revolution, has caused deterioration in the living and working environment of workers at all levels (labour, social, physical, and technological). Most ecosystems have been overexploited and polluted, often irreversibly, due to the indiscriminate use of natural resources and the exploitation of labour power, with the main objective of profit and the main result being the accumulation of capital in the hands of the few.

The international class oriented trade union movement is struggling for the protection and the upgrade of the environment, to ensure health, prosperity, decent work and to meet the modern needs of humanity.

The WFTU does not underestimate and asserts any measures that can and must be taken within capitalism to limit climate change, but at the same time puts the issue in its proper dimension and seeks the solution in the abolition of its root causes, the capitalist relations of production. The solution is not a new capitalist development on “green” terms but the liberation from the voracious model of capitalist development and the building of a society free from the profit motive in the production and exploitation of man and nature.