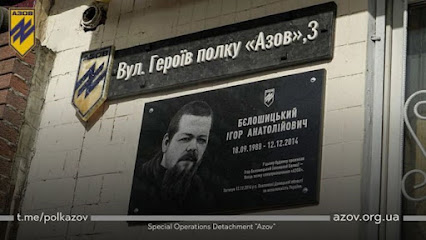 In a new episode of the hideous anti-communist campaign that is taking place in Ukraine, Kiev's authorities proceeded to the renaming of another street.

More specifically, a street  previously named in honor of Soviet Marshal Rodion Malinovsky was officially renamed on Wednesday as "Heroes of the Azov Battalion", in order to celebrate the neo-Nazi criminals who fight within the ranks of the Ukrainian military forces!

This decision is added to the broader attempt of the Ukrainian authorities to rewrite history by openly glorifying openly fascist and neo-Nazi groups.

The renaming ceremony was attended by representatives of the Kiev City Council and the Obolon District administration. Also in attendance were members of the battalion itself. Its founder and first commander, Andriy Biletsky.

Soviet Marshal Rodion Malinovsk, born in Odessa, was Commander of the Ukrainian Front during the Second World War and had contributed to the major defeat of Nazi Germany at the Battle of Stalingrad and the Battle of Budapest.