KKE on Bucha killings: "Murdering civilians is the most horrific and barbaric aspect of the imperialist wars" 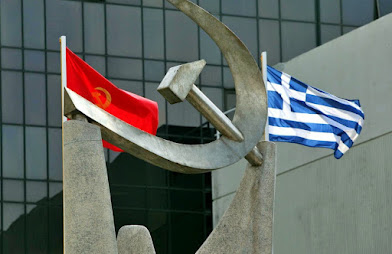 In a comment about the massacre of civilians in the Ukrainian city of Bucha, close to Kiev, the Press Office of the CC of the Communist Party of Greece (KKE) stresses out:

"The murders of civilians is the most horrific and barbaric aspect of the imperialist wars, whoever commits them, wherever they take place, either now in Ukraine due to the Russian invasion or in the past, in Yugoslavia, Iraq, Syria and elsewhere under the responsibility of USA-NATO.

The condemnation of such abhorrent acts must be universal, without selective "sensitivities" which lead to the acquittal of crimes of one or the other camp of thieves".