Nikos Zachariadis: 47 years since the death of the Greek communist leader 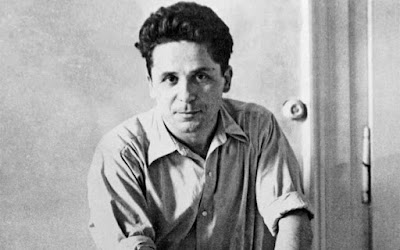 Today, August 1, 2020, marks the 47th anniversary of the death of Nikos Zachariadis, General Secretary of the CC of the Communist Party of Greece (KKE) from 1931 to 1956, one of the most significant figures of the european and international communist movement in the 20th century.

He was born to ethnic Greek parents in Ottoman Empire's Edirne (Andrianoupolis) in 1903. At the age of 16, Nikos moved to Istanbul where he worked in various jobs, including as a dockworker and sailor. It was there when he started having his first organised relationship with the working-class movement.


In 1919-1922 he travelled extensively to the Soviet Union. In 1923 he became a member of the Communist Party of Turkey. He studied in the newly-founded "KUTV" (Communist University of the Toilers of the East), also known as "Stalin School", in the Soviet Union. After the Greco-Turkish War and the exchange of populations, the Zachariadis family moved permanently to Greece, during a period of severe political and economic crisis.

On summer 1924, after finishing his studies in the Soviet Union, Nikos Zachariadis travelled secretly to Greece where he undertook duties at the Young Communist League of Greece (OKNE). In 1926, during the dictatorship of General Pangalos, he was arrested and imprisoned in Thessaloniki. He managed to escape and worked secretly in various party positions. He was re-arrested and re-imprisoned in 1929, but once again he escaped and fled to the Soviet Union. During his stay in the Soviet Union he became a member of the All-Russian Communist Party (Bolsheviks).

Nikos Zachariadis moved back to Greece in 1931 following a decision by the Communist International and became Secretary of the CC of the Greek Communist Party (KKE). He led the Party during extremely difficult times, especially in a period of harsh anticommunist laws and violent persecutions by the bourgeois governments. He was captured and imprisoned in August 1936 by the State Security of Metaxas' fascist regime. From 1936 to 1941 he remained in prison. After the Nazi German invasion of Greece in 1941, he was transferred to the notorious Dachau concentration camp in Bavaria. Zachariadis was released in May 1945.


Returning to Greece he re-assumed the KKE leadership, thus becoming the Party's General Secretary. In the peak of class struggle in the country, he organised the heroic Democratic Army of Greece (DSE) which fought against the bourgeois Army and its imperialist allies (Britain, U.S) during the 1946-1949 Civil War. After the defeat of DSE in 1949, the KKE leadership, including Zachariadis, fled into exile in the Soviet Union and the Socialist countries. Zachariadis passed a few years in Tashkent where exiled Greek communists created a large community.

The death of Joseph Stalin and the right, opportunist turn of the CPSU had a serious impact in the Greek communist movement. In May 1956, the 6th Plenum of the Central Committee of KKE- significantly influenced by Khrushchev's revisionist leadership- (wrongfully) condemned Zachariadis for "serious mistakes" and "sectarian policy". On February 1957 he was expelled from the Party. Nikos Zachariadis passed the rest of his life in exile in Siberia, particularly in Yahuta and Surgut. On August 1st, 1973, at the age of 70, he was found dead in his home in Surgut. According to the official account of his death, Zachariadis committed suicide.

In December 1991, his remains were repatriated in Greece where he was given a funeral at Athens' First Cemetery.

In July 2011, taking a historically and politically significant decision, the National Conference of the Communist Party of Greece fully rehabilitated Nikos Zachariadis as General Secretary and Party member, reversing the unjust decisions of the 6th Plenum.

Members of the Attica Organisations of the Communist Party of Greece (KKE) and its youth wing KNE, gathered today at the First Cemetery of Athens in order to pay tribute to Nikos Zachariadis, on the 47th anniversary of his death.

Flowers were deposed to the grave of Zachariadis on behalf of the CC of the KKE, the Central Council of KNE and Zachariadis' son, Sifis.

The event was addressed by Giannis Manousogiannakis, member of the CC of the KKE, who, among other things, pointed out: "Like every year, the KKE and KNE are here, in his grave, as a minimum sign of respect for the selfless and heroic contribution of cde Nikos Zachariadis, General Secretary of the CC of the KKE from 1931 to 1956 [...] Comrade Nikos Zachariadis was dedicated, fully committed to the case of the working class, to proletarian internationalism, to the struggle for social liberation, for socialism-communism".