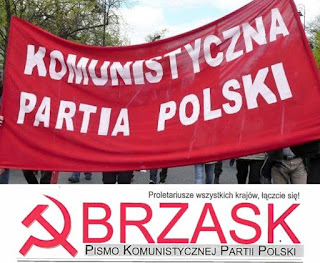 According to the verdict, one can not rule on propagating totalitarianism on the basis of sentences taken out of the context and fragments of articles. In the justification of the verdict, the court also stated that it was necessary to distinguish propagating a totalitarian state system from propagating communist views.


During the hearing prodecure - which lasted for 2.5 years- the cadres of the CP of Poland kept a firm position, defending socialism, the Soviet Union and the principles of the Communist Party and refuting the anti-communist slanders.

Commenting on the verdict, the Chairman of the Communist Party of Poland (KPP) and editor-in-chief of "Brzask", Krzysztof Szwej, pointed out: "The court carried out a thorough analysis of all materials. It showed that we do not propagate totalitarianism, on the contrary, as a Communist Party we strive for the idea of social justice and democratic methods [...] Communism is a way to improve the fate of working people and the development of the individual".

From the very beginning, the Communist Party of Greece (KKE) expressed its firm solidarity towards Polish Communists, organizing protests at the Embassy of Poland in Athens, interventions at the European Parliament as well as initiating actions of internationalist solidarity through the International Communist Movement. A few weeks ago, the KKE MP Stavros Tassos travelled to Poland and met with members of the CP of Poland, expressing the Party's actual support.