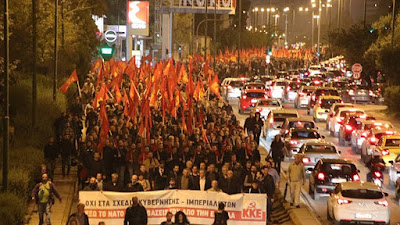 Members and friends of the KKE and KNE protested against the imperialist plans and raised their voice against the existence of US-NATO bases in Greece. The demonstrators demanded the closure of all foreign military bases and the return of all Greek soldiers who participate in NATO missions abroad.


The demonstration began outside the Ministry of Defense, where the General Secretary of the CC of the KKE Dimitris Koutsoumbas delivered a speech. Koutsoumbas called the working clas to condemn the governmental policy which "has transformed our country into a flag-bearer of the imperialist interests and a base of the US-NATO criminal plans", while he denounced the plans of the SYRIZA-ANEL government to extend the network of NATO military installations in Greece.

The General Secretary said that "the SYRIZA-ANEL government servers the interests of monopoly groups and promotes their plans in the broader region", adding that "this is what the so-called geostrategic upgrade actually means, which does not express at all the people's interests".

Comrade Koutsoumbas underlined that alongside NATO, the EU is also moving towards its militarization, mentioning that, due to the capitalist crisis, the imperialist contradictions have been sharpened. "The decision of the Trump government to withdraw from the nuclear arms treaty that had been agreed between the US and the Soviet Union in 1987 proves how the competitions between the imperialist centers have dangerously escalated".

The demonstration was followed by a rally towards the US embassy where thousands of people holding red flags shouted slogans, such as "neither soil nor water to the murderers of the people" and "the Aegean is a sea of people's friendship and not a base of the imperialists".

Photos from the demonstration
(Source: 902.gr) 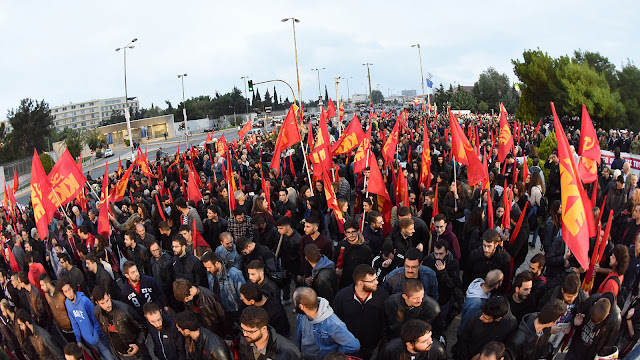 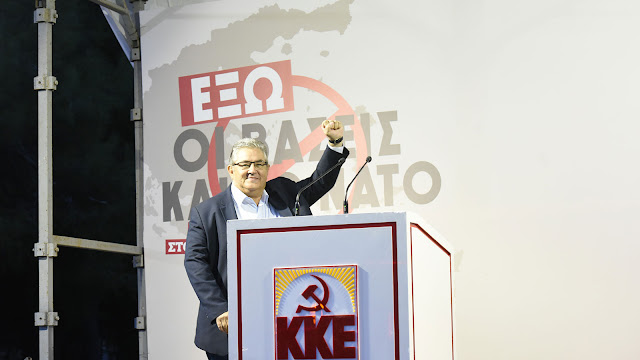 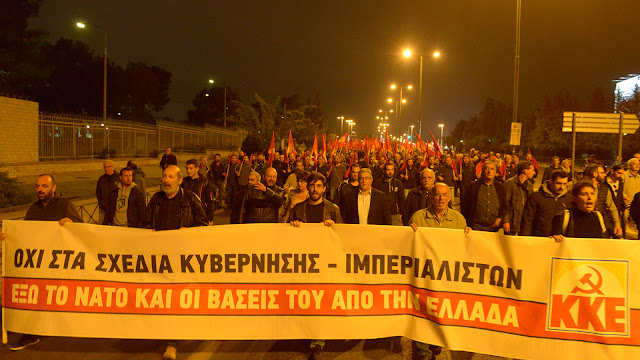 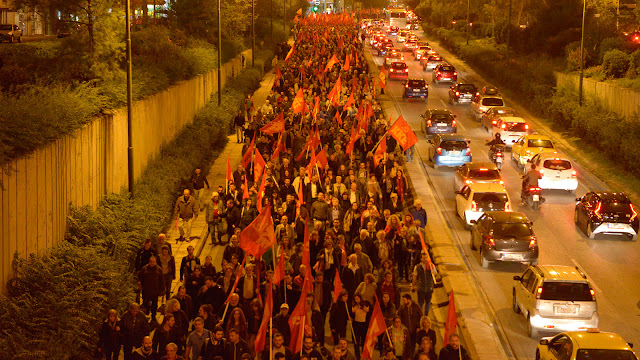 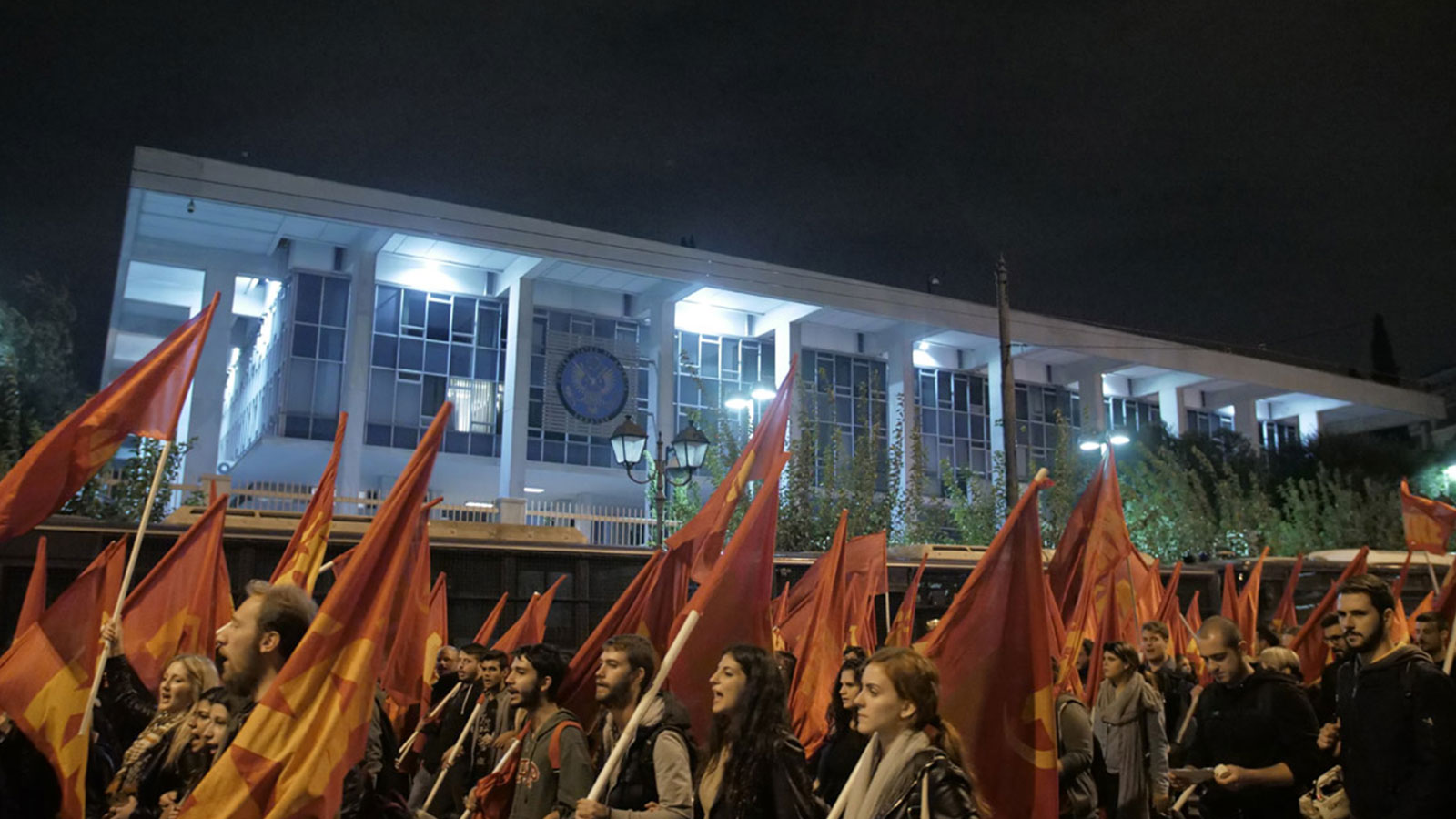 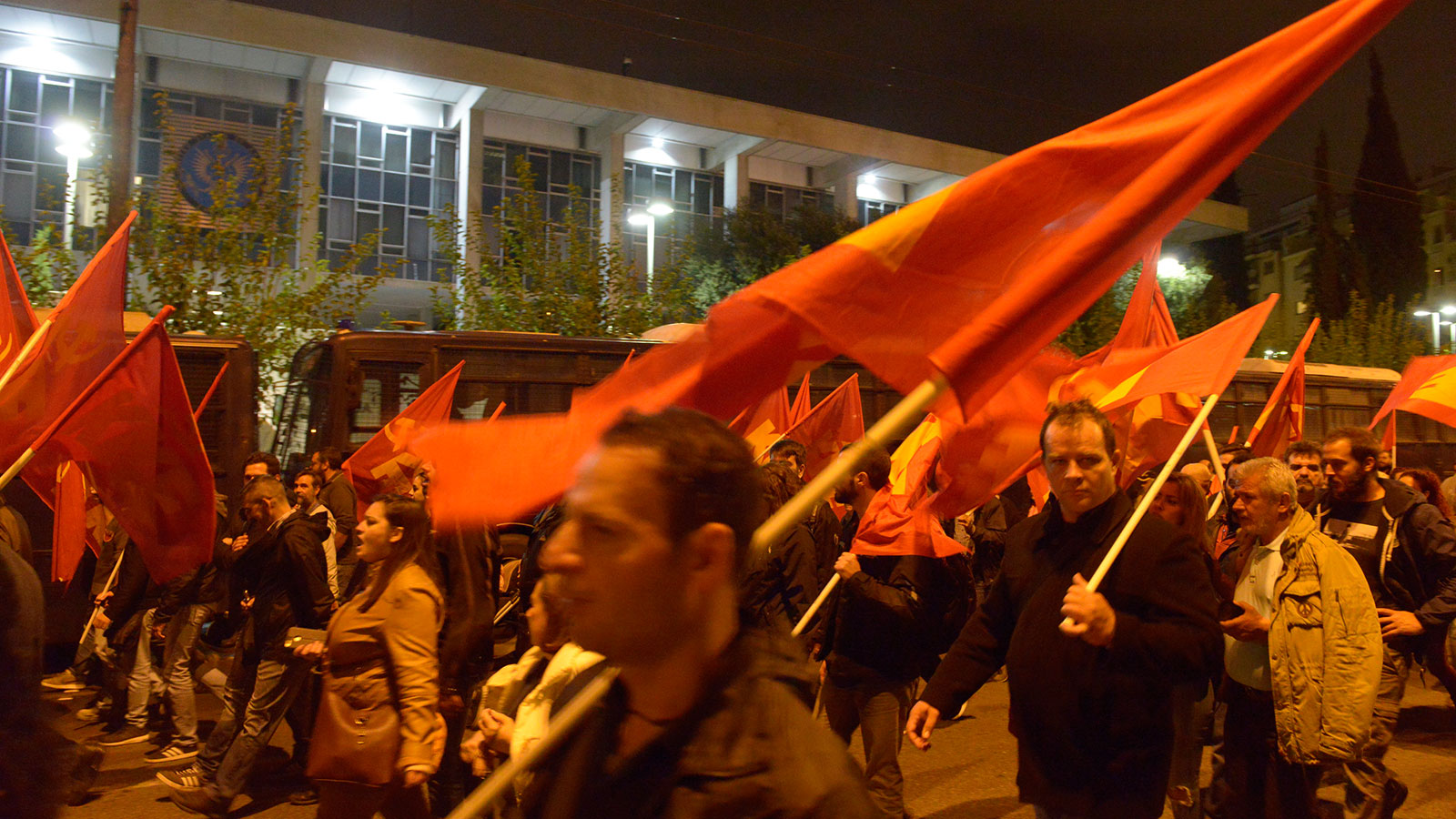 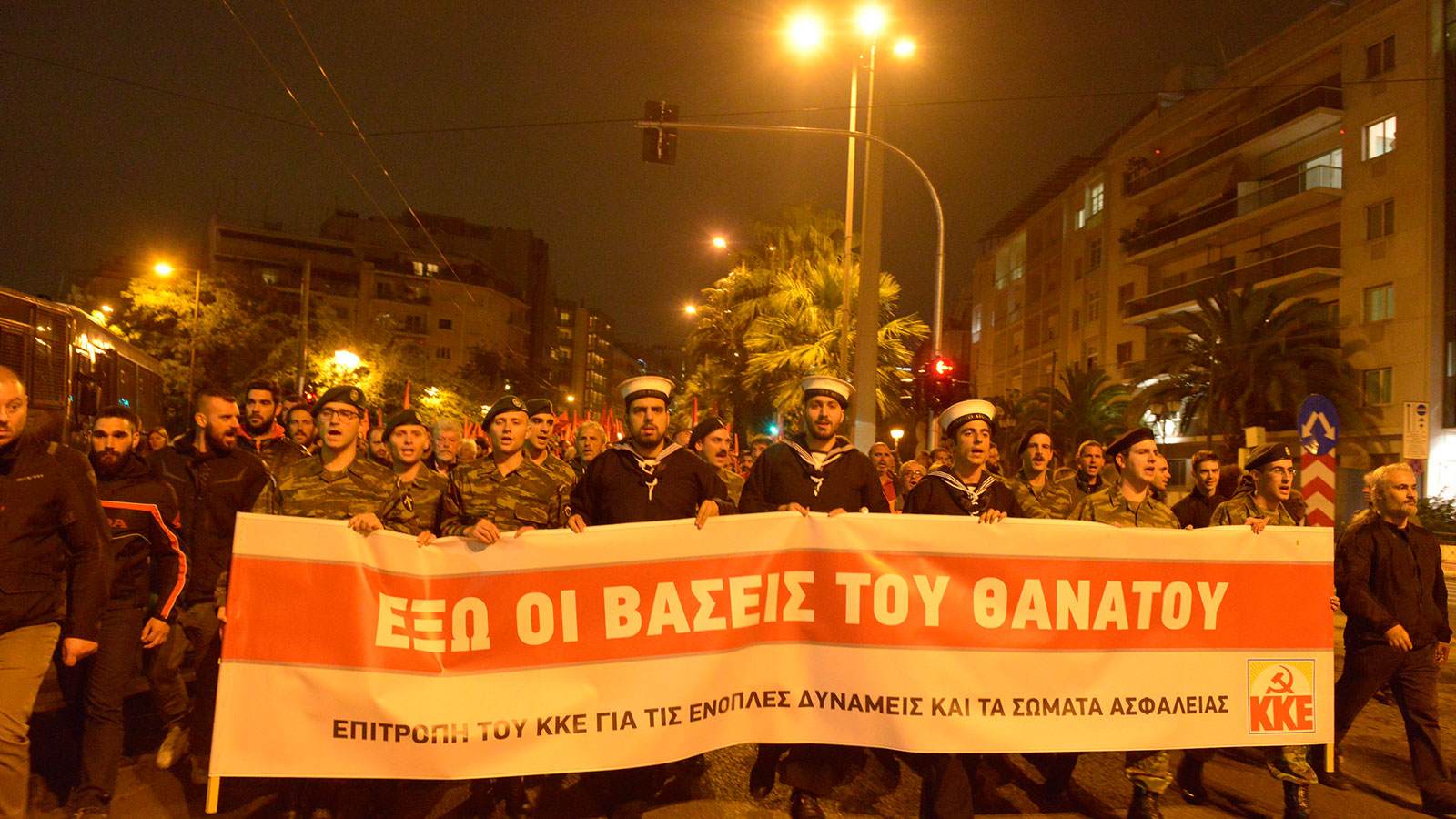