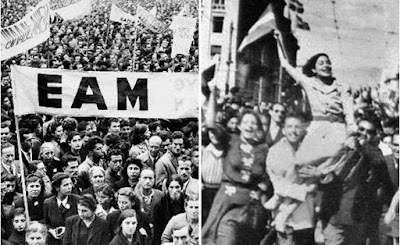 The event honors the 13th October 1944, the day when the Greek People's Liberation Army (ELAS), the guerrilla military wing of the National Liberation Front (EAM), liberated the city of Athens from the Nazi occupation. On that day, the defeated German forces were leaving the Greek capital and the much heinous flag with the swastika was lowered from the Acropolis rock.

While the Nazi German forces were leaving the city, hundreds of thousands of people of every age took the streets, raising banners of EAM and the KKE, celebrating the liberation of the country from the yoke of Axis. On that day, the newspaper of the KKE "Rizospastis" was circulated in two editions, with the second bearing the title "FREEDOM FLUTTERS OVER OUR ATHENS".