In autumn 2018, Norway will be the host country for NATO's largest military exercise, known as Trident Juncture.

With 40,000 troops from 30 nations, 140 combat aircraft, 70 ships and 10 000 military vehicles, they will train for war in central Norway - under the command of people who, without shame, bomb remote populations.


The exercise costs Norway more than 2 billion NOK and will create pollution for people and the natural environment.

The Communist Party of Norway and the Communist Youth of Norway organize a large demonstration and public meeting against the NATO military exercise on 20th of October 2018 at 13:00 pm in Tordenskjoldsparken, Trondheim. 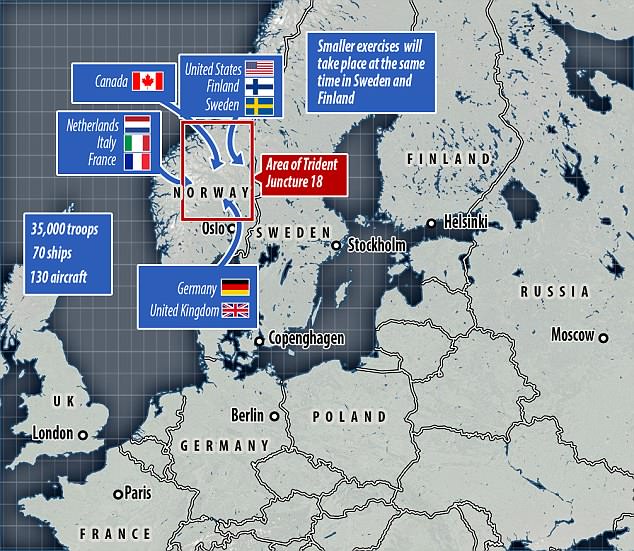 The Public Meeting with the theme "How do we fight imperialism?" will take place at Tulla Fischer, Kongens gate 8, Trondheim at 18:00 pm. After the meeting there will be a social gathering.