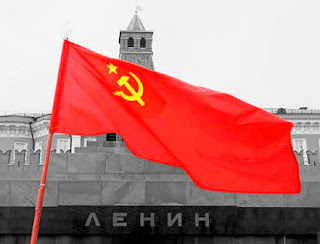 Anticommunism, of course, consists a core part of the above bourgeois principle. For more than two decades, the bourgeois forces and their mechanisms (historiography, media, etc.) in all over the world have unleashed an anticommunist crusade, mainly through demonizing and slundering the Soviet Union and the socialist construction of the 20th century in general.


A spectrum is haunting over the heads of neoliberals, centrists, social democrats, neo-Nazis and other apologists of the capitalist barbarity everytime they face the Marxist-Leninist truths. It is the spectrum of the- as they use to call it- “totalitarian”, “stalinist”, “bloodthirsty”, “repressive” etc. Soviet regime. The anticommunists try to distort history in any possible way but, unfortunately for them, they can't change the historical facts.

History herself exposes the blatant lies of the bourgeois anticommunist propaganda. Despite it's existed problems and weaknesses, the socialist system of the 20th century proved Socialism's superiority over Capitalism and showed the huge advantages it provides for the peoples' work and life. The abolition of the capitalist relations in production liberated the man from the shackles of the wage slavery thus opening the way for the production and the development of sciences, not for the profit of the few, but for the satisfaction of peoples' needs. In the so-called “totalitarian communist regimes” (sic) everyone had a guaranteed job, free public health and education, low-cost services provided by the state, homes, broad access to cultural and sports activities.

In the following paragraphs, as a reply to all the apologists of the capitalist barbarity,we will refer to some fundamental achievements of the socialist construction in the Soviet Union:


WOMENS RIGHTS: The great 1917 October Revolution paved the way for the social emancipation and liberation of the working class women. Before the October Revolution, in Tsarist Russia, woman was subject to various class and sex-based discriminations, with 80% of them being unskilled workers earning half the salary of their male colleagues. In Tsarist Russia, 87% of women did not know to read and write. One of the Revolution's first decrees was to grant complete political rights to women; in Britain that happened in 1918, in the USA in 1920 and in France in 1944. Note: In the European Union the rate of unemployment in women was 10.6% in 2012 and 10.1% in 2014 (Eurostat), while the total number of women living within the limits of poverty reaches 65 million!


LABOUR ACHIEVEMENTS: In the Soviet Union there was stable and permanent work for everyone, no more than 41 hours per week. For those working in less healthy job conditions the labour hours were reduced to 36 hours/week. The working week in the Soviet Union was one of the shortest in the world, while every working man and woman had the right to leisure every week, along with stable annual- full pay- allowances.

Rest and leisure was not a privilege- as it happens in Capitalism- but a right according to Article 119 of the Soviet constitution. The socialist state provided a large network of free cultural and sports institutes which were at the disposal of the people. The first house of leisure was built in Petersburg (Leningrad) in 1920, being an iniative of V.I.Lenin himself. In the beginning of 1940 there were already 3,600 houses of leisure which could serve almost 470,000 workers, while in the 1980s there were more than 14,000 leisure and vacation centers for 45 million people.

Note: In the capitalist world- especially in western Europe- the labour achievements came as a result of constant and bloody class struggles. The existence of the Soviet Union and the example of the socialist construction forced a significant number of western- bourgeois- governments to grant some social and labour rights to their people. However, after the counterrevolutions in the USSR and eastern Europe, these social and labour rights were ferociously attacked. Today, in 2016, we live the capitalist barbarity of mass unemployment, underemployment, reduced salaries, mass lay-offs, zero-contract labour relations, child employment. In the capitalist world, all social and labour rights have been sacrificed in the altar of capital's profitability; from the U.S. of the 47 million people who live on the edge of poverty to the European Union of the 25 million unemployed people!

PUBLIC AND FREE HEALTHCARE SYSTEM: The public healthcare system that was established in the Soviet Union consists a significant example of socialist construction. In Soviet Russia there was a broad state network of healthcare, based on the centrally-planned socialist economy, which provided free services of medical care for the whole population. Numbers speak by themselves: Before the October Revolution, in Tsarist Russia, the life expectancy was just 32 years. After 1917, within a few years, the life expectancy raised to 44 years (1920). In 1987, the USSR had the same life expectancy rate with the western world (69 years).

Note: In capitalist Russia of Mr. Putin, life expectancy rate declined- in 2004 it was at 63 years of age. Furthermore, in capitalist Russia of oligarchs and monopoly groups, healthcare isn't free and public anymore: numerous state hospitals and clinics closed while large private hospitals were created, the work “accidents” were increased (6,000 deaths every year) and the Russian working people have to pay for the services in the existing public hospitals.

PUBLIC AND FREE EDUCATION SYSTEM: A unique achievement of Socialism's construction in the Soviet Union was the complete elimination of illiteracy and the rapid increase of the educational level. Before the 1917 October Revolution, only 37.9% of the russian-speaking men and 12.5% of the russian-speaking women knew reading and writing. From the very beginning, the Soviet government made a colossal effort to eliminate illiteracy. Numbers speak by themselves: Approximately 50 million adults learned reading and writing in the years between 1920-1940; in 1937, the 75% of the total population knew how to read and write. By the decade of 1960, illiteracy had completely eliminated.

Note: In 2000, in Capitalist Russia, 40% of the university-level students paid fees. The restoration of Capitalism in the country led to the disintegration of the public and free character of education. The undisputed achievements of Socialism in education have been internationally recognized by scientific bodies of capitalist states. The phrase “what Ivan knows that Johnny doesn't”, which became subject of research in the United States, is characteristic. Especially after the Soviet triumph in the sector of sciences, including space science, nobody could dispute the superiority of the socialist system in the field of education.

There is no sector of science during the 20th century in which the Soviet Union wasn't a leading force. Every year, 20%-25% of the annual inventions, in almost every aspect of technology, belonged to the USSR. 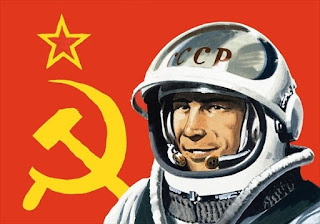 We could refer to much more achievements of Socialism in the Soviet Union, as well as in eastern Europe. We could certainly refer to the complete transformation of a poor, semi-feudal Tsarist state to a superpower with extensive industrialization and rapid increase of agricultural production. We could refer to the colossal contribution of the Soviet Union to the antifascist struggle during WW2. We could also refer to the magnificent Soviet achievements in Arts and Culture, including cinema, theatre, classical music, poetry, literature, etc.).

The conclusion is one: In any sector of the social and economic life, Socialism proved it's superiority over Capitalism. And when we talk about “superiority” we refer on how the Socialist system managed to satisfly peoples' needs by eliminating the exploitation of man by man. Capitalism, with it's anarchist nature in production and the deification of profit, has nothing more to offer to humanity except from poverty, misery, unemployment, inequalities and wars.

The Soviet Union and the socialist states of the 20th century, despite their existed problems, proved that a better world is possible. Despite the temporary historical setback of the 1989-1991 counterrevolutions, nothing has finished. The end of history didn't come, Mr.Fukuyama and dear apologists of Capitalism.

Socialism-Communism is the future of humanity.