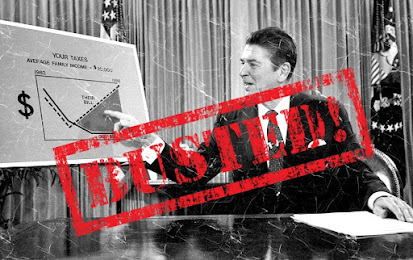 Well, the myth has been debunked.

Many studies by respected bourgeois institutions have already exposed trickle-down-theory, noting that often money does not trickle down from the pockets of the super rich, but rather continues to be amassed by them, as the wage gap and income inequality between classes grows.

A new research, conducted by the London School of Economics (LSE) and King's College London, says that major reforms reducing taxes on the rich lead to higher income inequality but do not have any significant effect on economic growth or unemployment.

The paper, published by LSE’s International Inequalities Institute, uses data from 18 OECD countries, including the UK and the US, over the last five decades. The Economic Consequences of Major Tax Cuts for the Rich, by David Hope and Julian Limberg, shows that the last 50 years were a period of falling taxes on the rich in the advanced economies. Major tax cuts were spread across countries and throughout the observation period but were particularly clustered in the late 1980s.

It states: “Our results show that…major tax cuts for the rich increase the top 1% share of pre-tax national income in the years following the reform. The magnitude of the effect is sizeable; on average, each major reform leads to a rise in top 1% share of pre-tax national income of 0.8 percentage points. The results also show that economic performance, as measured by real GDP per capita and the unemployment rate, is not significantly affected by major tax cuts for the rich. The estimated effects for these variables are statistically indistinguishable from zero.”

Dr Hope, Visiting Fellow at LSE’s International Inequalities Institute and Lecturer in Political Economy at King’s College London, said: “Our research shows that the economic case for keeping taxes on the rich low is weak. Major tax cuts for the rich since the 1980s have increased income inequality, with all the problems that brings, without any offsetting gains in economic performance.”