“If the government of the 20th Knesset were to be summed up, it was a government of racism and incitement,” said Odeh; “a government that used its political power to incite against an entire population. This is all part of the campaign to delegitimize [Israel’s] Arab citizens. Netanyahu understands this very well — when the Joint List increases its power, we threaten the extreme right wing and [the rule of] racist governments. Netanyahu understood this in the 1990s, as he did in 2015 during his incitement campaign. Netanyahu understood this throughout this last term.”
“This is the story of the 2019 elections — on the one hand, hatred, occupation, persecution of all those who oppose right-wing policies, persecuting nonprofit organizations, reducing the democratic space, annexation, racist legislation, oppression, division, and discrimination; above all, the Nation-State Law, the law of Jewish superiority, the law that enshrines racism, discrimination, and separation in the legal code. On the other hand, our vision is an Arab-Jewish partnership to end the occupation [and bring] social and political justice and equality for all citizens. The next four months are our hope to realize this vision.”
MK Odeh added, “So yes, Netanyahu, we, the Arab citizens, will flock to the polls in droves, and we’ll increase our strength, now more than ever. Anyone who wants to divide and rule between Jews and Arabs or between Arabs and Arabs strengthens Netanyahu. They want us weak and separate; we will be strong and unified, in the face of racism — we will speak of peace and equality, we will use our power to overthrow the fascist right. So choose: Apartheid or democracy.”
Hadash MK Aida Touma-Sliman of the Joint List added that despite her agreement to move up the elections, “it is already late; this government should have been dissolved long ago.” She said that the current right-wing Israeli government has been inciting against Arabs since day one, when Prime Minister Netanyahu stated that Arabs were voting [in their masses], in an attempt to intimidate [Jewish voters] and remove the legitimacy of the Arab citizens.”
The heads of far-right ruling coalition agreed last week to dissolve the Knesset and set early elections for April 9, instead of as originally scheduled for November 2019. Netanyahu is facing possible indictment over serious charges of bribery, and he has of late come under heavy criticism from his own right-wing constituency. 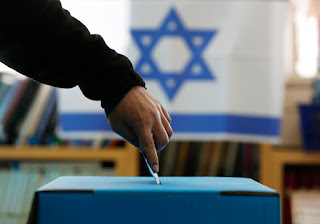 However, half of Israelis do not want Prime Minister Benjamin Netanyahu to be the next premier, according to a new survey. The poll conducted by the Israeli Public Broadcasting Corporation showed that only 37 percent of Israelis see Netanyahu as the strong favorite to win the early election on April 9. However, 52 two percent of the poll’s respondents believe that Netanyahu should not be the next prime minister.
The survey also found that Netanyahu’s Likud party would win 30 seats in the 120-member Knesset (Israel’s parliament). The Likud won 30 seats in the last general election in 2015. The poll also predicted that the Joint List and liberal Yesh Atid Party would win 13 seats each in the polls, followed by the far right Jewish Home party with 12 seats and the Zionist Union with only 10 seats.
Another survey conducted by the Israeli Channel 10 news found that 61 percent of Israelis believe that Netanyahu must resign as Prime Minister [he is currently head of the interim government] should the Attorney General decide to file a formal indictment against him on the cases of corruption.
Source: maki.org.il