Fidel Castro statue to be unveiled in Moscow 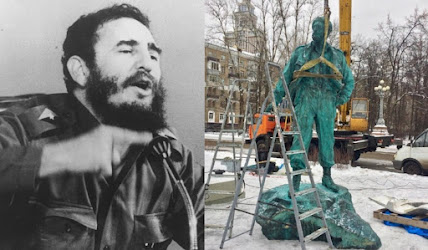 A bronze statue dedicated to the legendary leader of the Cuban Revolution Comandante Fidel Castro is scheduled to be unveiled on Tuesday 22 November in Moscow.

The statue, created by sculptor Alexei Chabanenko depicts Castro in his military uniform standing on a stone with the inscription "CUBA".

The memorial will be positioned on "Fidel Castro square", near Novopeschanaya street, in northwestern Moscow and the ceremony will be attended by Cuban President Miguel Diaz-Canel who is currently on an official visit in Russia.

It must be noted that this is one of the very few memorials dedicated to Fidel Castro as the revolutionary leader rejected any manifestation of personality cult. In December 2016, Cuba's National Assembly of the People's Power passed a law which prohibits statues being erected or public places named after him, according to Comandante's last wish.