Mass protests by trade unions throughout Greece: Struggle against anti-people measures and repression 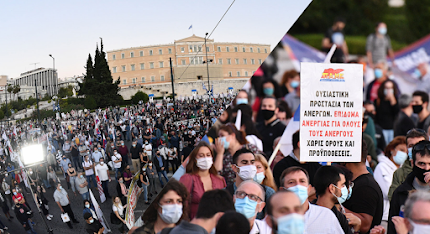 Thousands of people participated in the nationwide demonstrations organized by trade unions affiliated with PAME in Athens, Thessaloniki and other Greek cities on Tuesday 13th October.
Workers, self-employed people, unemployed men and women, students and pensioners sent a powerful message of unyielding collective struggle against anti-worker measures and repression.

In Athens' Syntagma Square, thousands of protesters demanded protection measures for the people's lifes and rights, including the shielding of hospitals and the public health system, the need for hiring more teachers and cleaning staff in public schools, cheap and safe public transport, policies against unemployment and dismissals, collective agreements and strengthening of the labor rights.

The demonstrators also raised their voice against the methods of repression and authoritarianism deployed by the conservative government of New Democracy (ND) when it comes to deal with organized mobilizations of the working class movement.

It must be noted that the rally comes a week after the massive mobilization outside the Athens Court of Appeals where thousands of people demanded the conviction and exemplary punishment of the neo-Nazi Golden Dawn gang.

The rally in Athens was attended by the General Secretary of the CC of the Communist Party of Greece (KKE) Dimitris Koutsoumbas who made the following statement to the press:

"The recipe of this government, like all the previous ones, is poison for the people, as it provides new privileges for the big capital, for the few, while for the many it gives work without rights, job insecurity, anti-people measures and a series of such issues that the organized labor movement must address. Relentless struggle against repression too, against anti-people measures. One voice, one fist, everyone for everything, for each other".

Regarding the provocations from the side of the Turkish government, Koutsoumbas noted:

"The deeper the Greek government is getting in the dangerous imperialist plans of NATO, USA and the EU, the stronger the Turkish aggression and provocation will be, alongside the questioning of the sovereign rights of Greece and Cyprus, as well as the dangers for peace and security in the broader region". 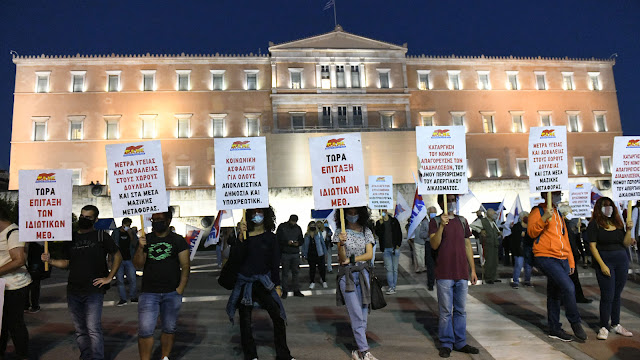 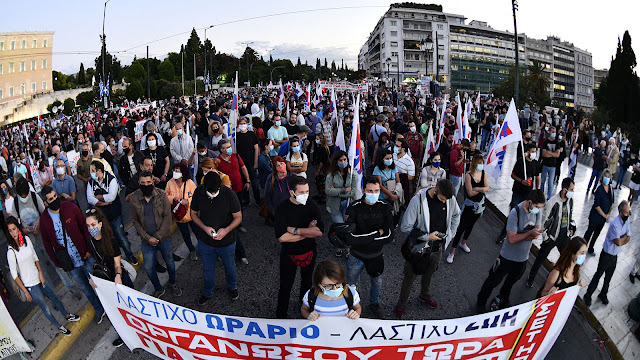 It must be noted that during the past days in Greece, massive pupils mobilizations have taken place, while there are more than 700 school sit-ins in the country, following the decisions taken by pupils’ assemblies. On October 1st, massive and dynamic rallies took place in Athens, Thessaloniki and other cities in Greece. The struggling pupils demand essential health protection measures in schools, in response to authoritarianism and repression by the government.