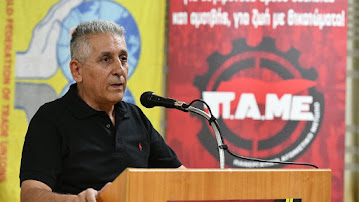 With a meeting of trade unionists and workers of the industry unions of Athens on October 2nd, the All-Workers Militant Front (PAME) honored the 75th founding anniversary of the World Federation of Trade Unions (WFTU).

The meeting was attended by George Mavrikos, General Secretary of the WFTU, who delivered a speech.

In his intervention, George Mavrikos underlined the importance of internationalist solidarity, the struggle within the trade union movement and the experience of WFTU's events throughout the world despite the difficulties created by the pandemic.

On Saturday, 3 October, delegations of WFTU and PAME laid wreaths to the WFTU memorial in Kesariani, a historic district in Athens, honoring the heroes of the international working class. 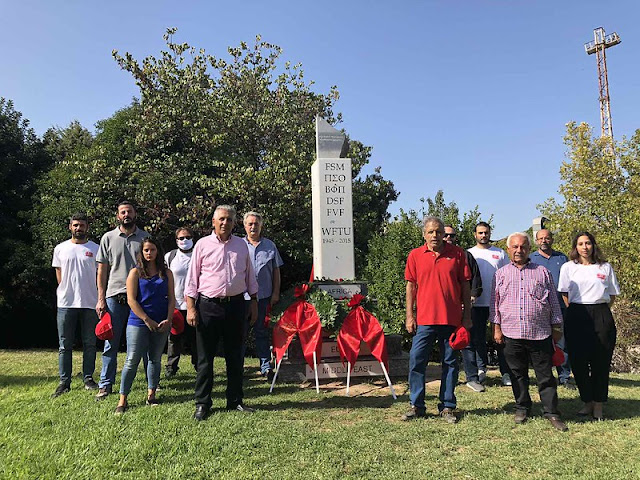 Events celebrating the 75th founding anniversary of the WFTU were held throughout the world.