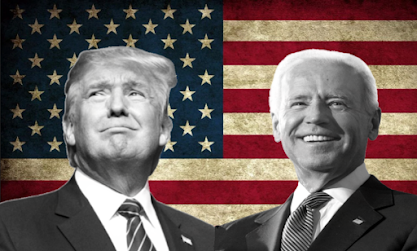 Both Trump and Biden have to address significant issues, inextricably linked to the interests of the U.S. capital: The management of the economic crisis  due to the historic slowdown caused by the Coronavirus pandemic, the U.S. policy towards China and Russia, the broadening social inequalities, the healthcare system, the taxation policy, the government's approach towards technology and innovation issues, etc.

Indeed, Trump and Biden, the Republicans and the Democrats, may have different political recipes and approaches in a series of issues. Trump, for example, stands as a defender of oil and gas industry, while Biden supports the so-called “green development” through the Renewable Energy Sources. They compete with each other on who is more capable on bringing the country out of the economic crisis and bring more development. But, in the end of the day, they hide that the economic development they pledge will benefit the big capital and the upper classes – not the workers and the poor masses.

When it comes to the pandemic, Biden blames Trump for the disastrous management of the situation and Trump blames... China. But, actually, none of the two candidates speaks about the commercialized healthcare system which is based on the cost-profit formula. None of the two speaks about the exploitation of the pandemic by large private health business groups which rushed to take advantage from the absence of a free and universal healthcare system in order to boost their profits.

All those who detest Trump's far-right, hate mongering, nationalist-populist rhetoric must not fall victims of Biden's softly-spoken outwardly progressive words. Do not forget the example of Barack Obama, who campaigned and became President with populace-pleasing progressive slogans and seductive rhetoric but governed according to the interests of the capitalists, the big monopoly groups and the standards of imperialist military institutions.

Writing about the 1912 U.S Presidential Elections, Vladimir Ilyich Lenin was pointing out the diminishing distinction between the Democrats and the Republicans. “Their fight has not had any serious importance for the mass of the people. The people have been deceived and diverted from their vital interests by means of spectacular and meaningless duels between the two bourgeois parties”, Lenin was stressing out in a text that could have been written today. 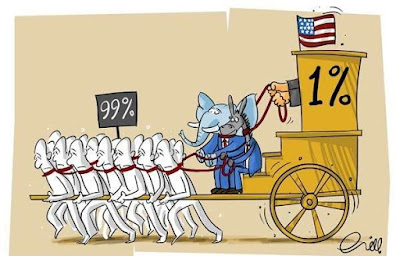 For Lenin, the bipartisan system which prevailed in America and Britain, “has been one of the most powerful means of preventing the rise of an independent working-class, i.e., genuinely socialist party”. A century later, the political situation in the U.S. confirms the observation of Ferninand Lundberg in his 1968 work "The Rich and the Super-Rich" that “the United States can be looked upon as having, in effect, a single party: the Property Party”, with its two subdivisions: The Republican Party and the Democratic Party.

The millions of working class families in the U.S. must reject this single “Property Party” of the capitalists. Neither Trump, nor Biden will ever defend and promote the interests of the workers.
The “change” that millions of Americans, especially within the youth, are seeking for, will not come from the ballot box. The only actual hope for the working people in the United States – as well as everywhere else in the world – lies in the organization of the struggle against the real opponent: The exploitative capitalist system. Instead of being entrapped in the false dilemma “Biden or Trump, Democrats or Republicans”, the people of America can build up their own class-oriented struggle against the establishment of monopoly capital and the bourgeois institutions of fear, manipulation and exploitation.

Being in its highest, imperialist stage, capitalism can offer nothing but misery, poverty, unemployment, deepening of social inequalities, wars and refugee crises. The real change for the people of the U.S. will not come from political “messiahs” or reformist social democrats, such as Bernie Sanders, who spread illusions about the supposed “humanization of capitalism”.

What is truly needed is a revolutionary Communist Party, based on marxist-leninist principles, which can lead the struggle of the country's working class  towards the socialist transformation of society. So that the American people will become masters of their own destiny, owners of their own wealth, in a society without exploitation of man by man.