Holding banners with messages of solidarity towards the Palestinian people and red flags, numerous members and friends of the Communist Youth of Greece (KNE) participated yesterday in a protest outside the embassy of Israel in Athens.
With slogans such as "Freedom to Palestine", "People aren't terrorists, Israelis out of Gaza" and "Solidarity with the struggle of  the people, down with the capitalists' authority", the demonstrators gathered outside the embassy and condemned the continuous crime of USA-NATO-Israel against the people of Palestine, the hypocritical stance of the EU which actually equates the victim with the perpetrator, as well as the recent decision by the US government to recognize Jerusalem as "Israel's capital".
The protesters denounced the effort of the israeli authorities to suppress the struggle of the palestinian people, even by sending to jail even children and teenagers such as the 16-year-old activist Ahed Tamimi. 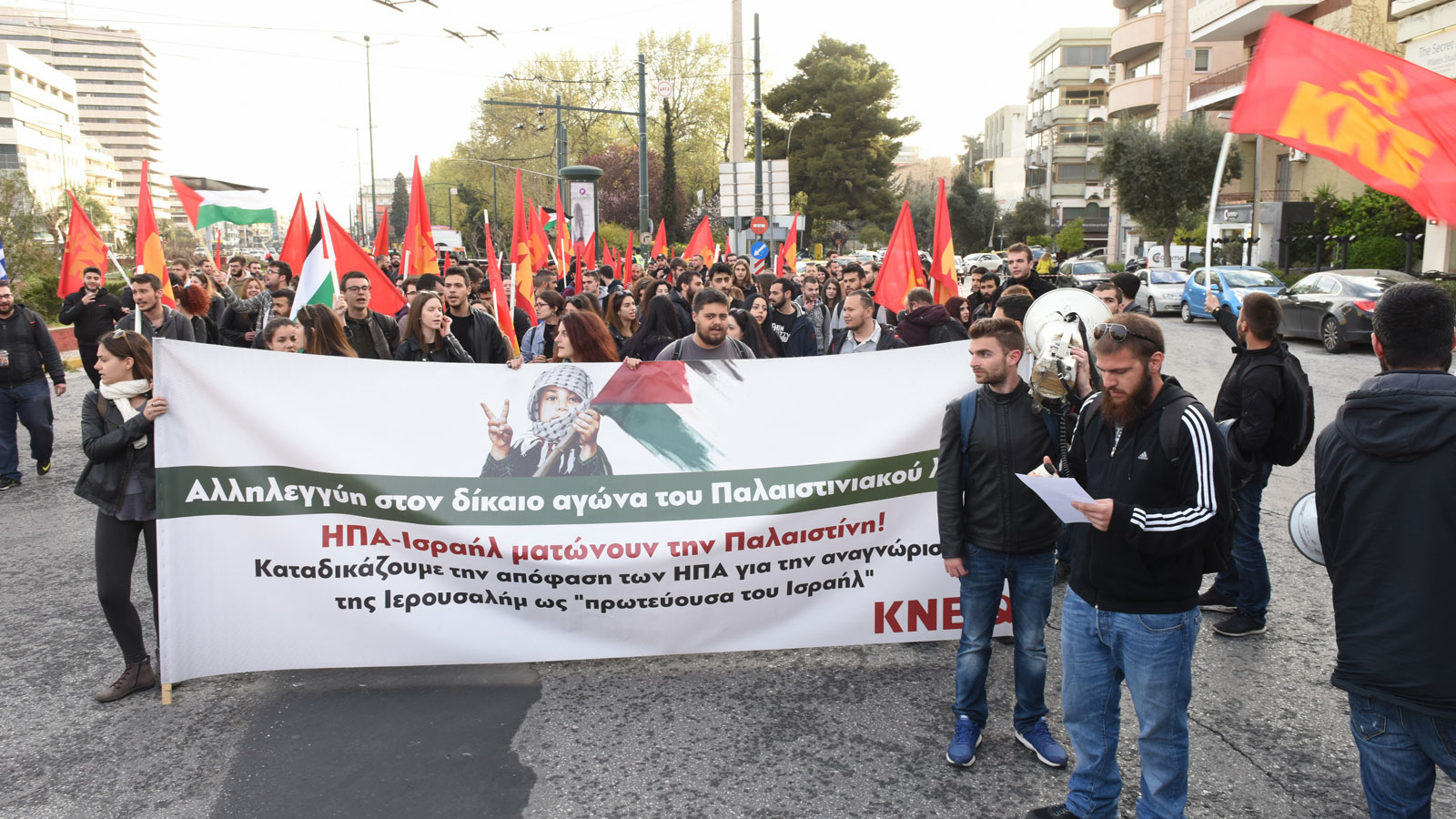 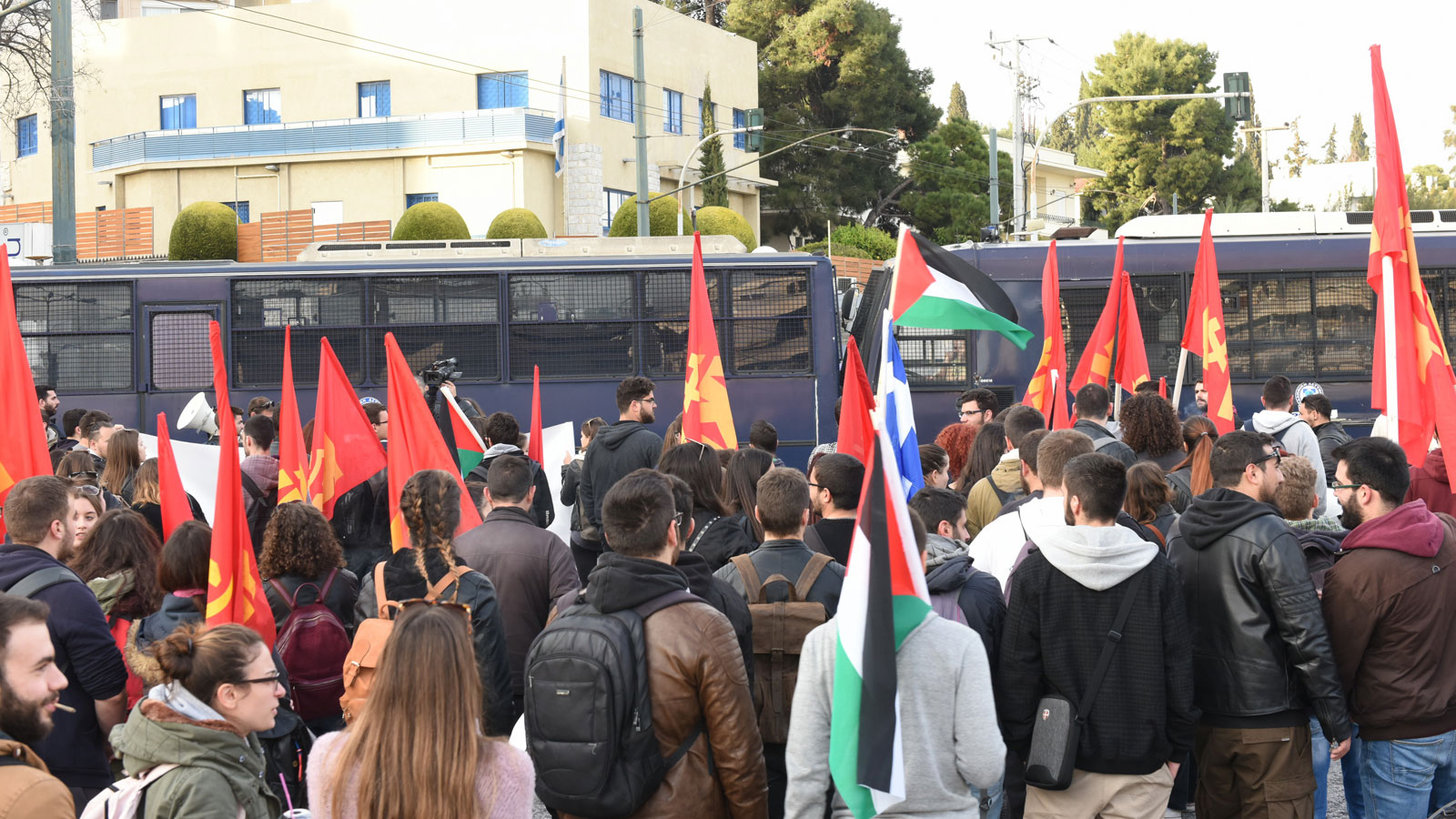 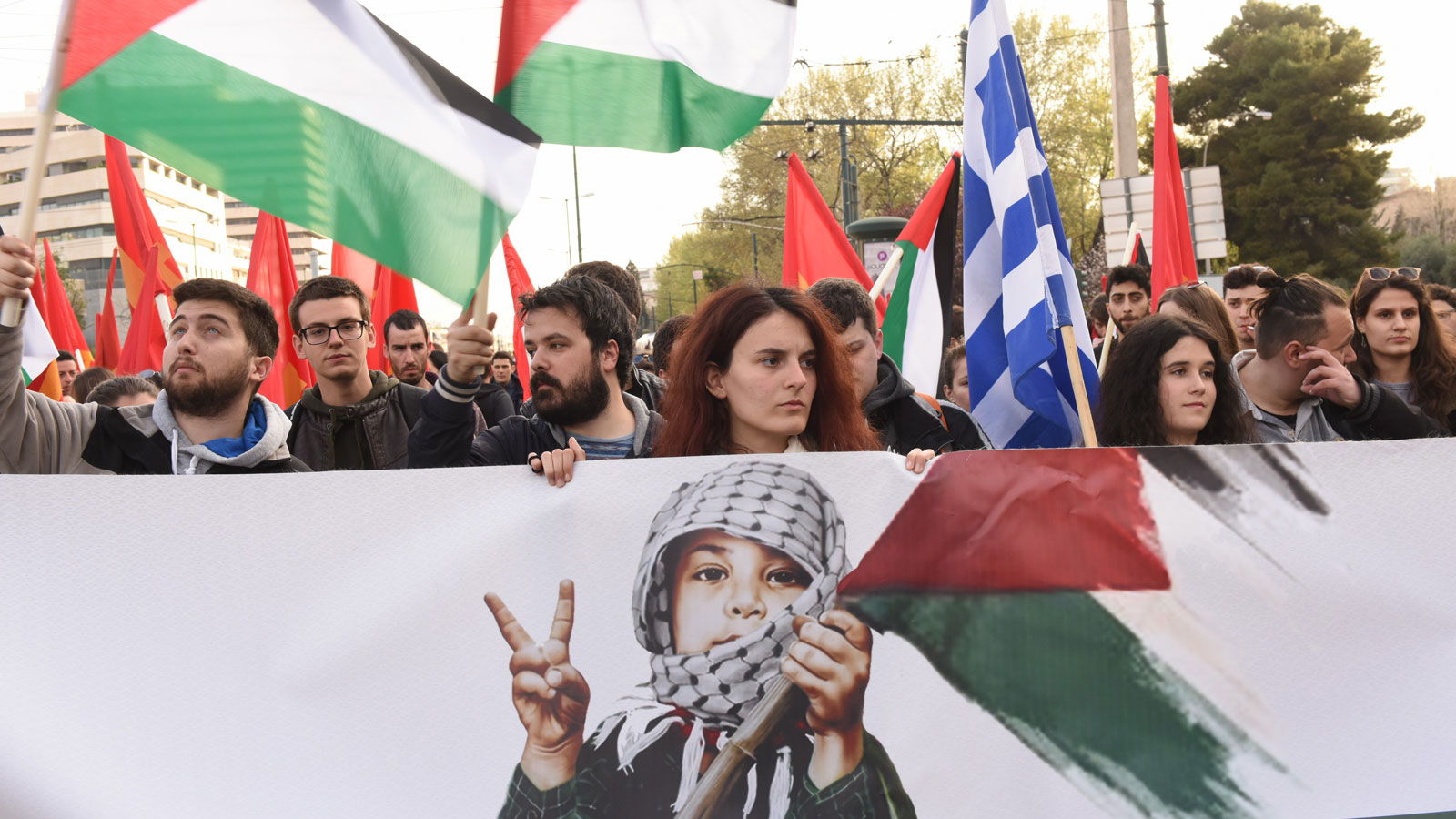 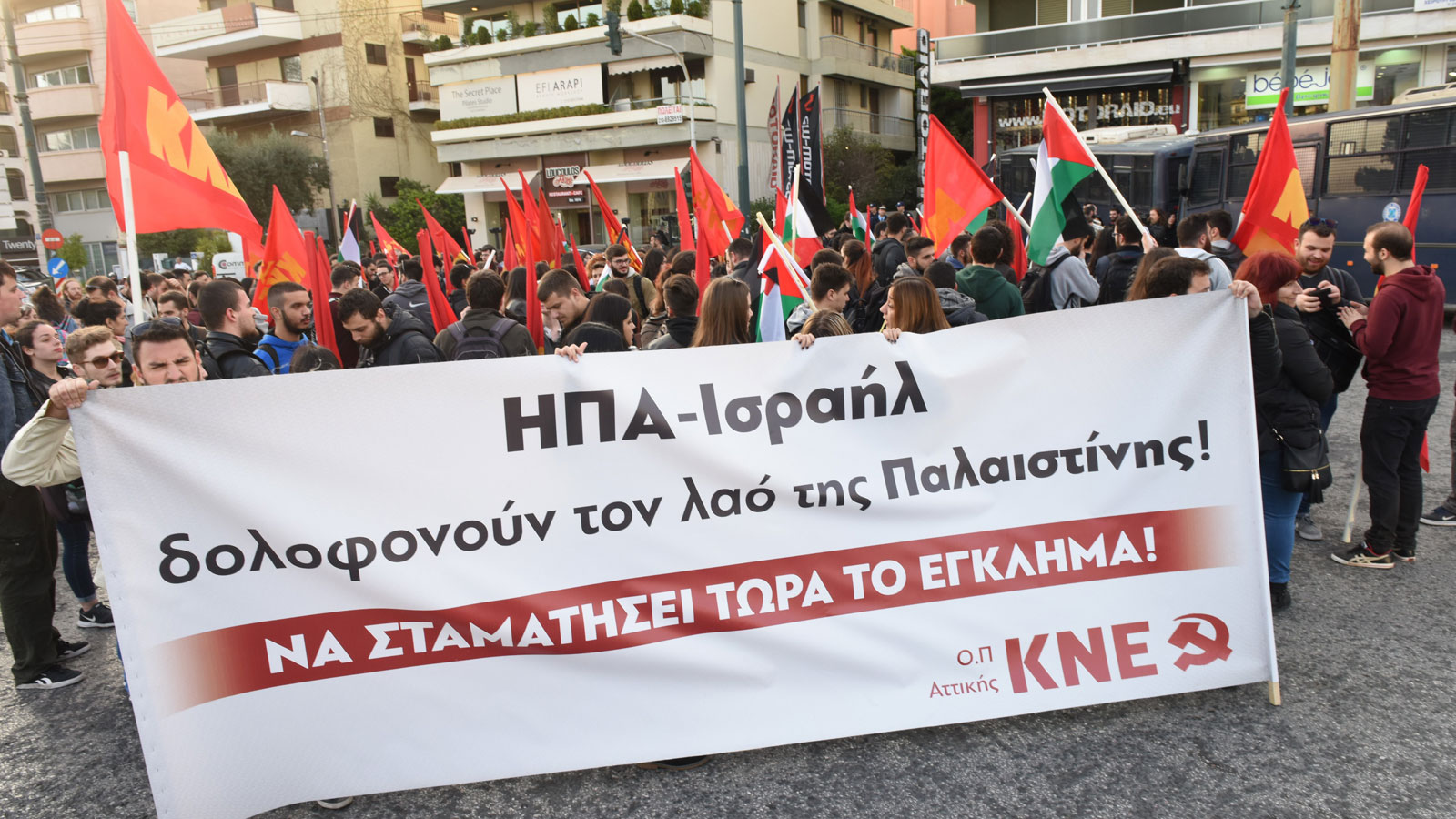