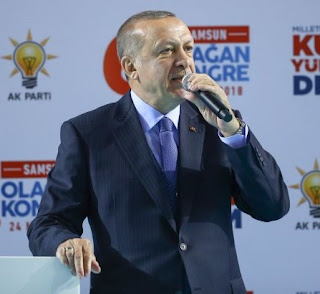 “Those are terrorist youths. We will conduct investigations into them. After identifying them, we will not let them get an education at the universities because a university is not a place for educating terrorist youths. A university educates the generation who will serve their country and nation,” Erdogan said during a speech at his ruling Justice and Development Party (AKP) congress at Yaşar Doğu Sport Hall in the Tekkeköy district of Samsun.