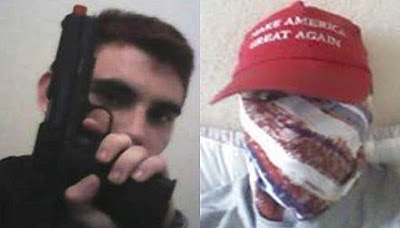 Nikolas Cruz, the alleged gunman who killed 17 people at a Florida high school on Wednesday, trained with a white-supremacist group, its leader told The Daily Beast.

Jordan Jereb, captain of the Republic of Florida, said Cruz “was part of our organization.” ROF hosted a “paramilitary” training session in the Tallahassee area that Cruz attended, Jereb said. “He probably used that training to do what he did yesterday. Nobody I know told him to do that, he just freaked out,” Jereb added.


The Anti-Defamation League said the group describes itself as a “white civil rights organization fighting for white identitarian politics” and seeks to create a “white ethnostate” in Florida.

While Jereb denied responsibility for the massacre at Marjory Stoneman Douglas High Schoo, he admitted someone in the ROF group purchased Cruz a rifle.

“I think somebody bought him a Mosin-Nagant, but that’s bolt action. He had a semi-automatic in the school,” Jereb said, adding, “He may have buried it in his survival cache. We encourage members to do that.”

Cruz exhibited right-wing politics in high school as well, former classmates told The Daily Beast. Two said he wore a “Make America Great Again” hat in school. An Instagram account associated with Cruz features a photo of him wearing the hat and a red, white, and blue bandana over his face.

“I saw him wear a Trump hat,” said Sebastian Gonzalez, a 19-year-old who graduated from the high school in 2017. "At our school you were sort of with Trump or really against Trump." 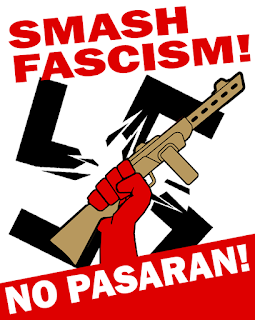 “He always wore like really patriotic shirts that seemed really extreme, like hating on the Islamic religion. For example, he would say things such as like, he would degrade islamic people as terrorists and bombers. I've seen him wear a Trump hat,” Parodie said.

YouTube comments by a person of the same name spewed commentary about Antifa activists and Muslims—shared targets of white supremacists. “Iam going to kill them in the future,” one comment on a video titled “Antifa Gun Club!” read. “Im going watch them sheep fall fuck antifa i wish to kill as many as i can,” another comment about six months ago read.

Cruz also celebrated Elliot Rodger, the gunman who killed seven people at the University of California, Santa Barbara in 2014, who is considered a hero of the fringe men's rights movement.

“Elliot rodger will not be forgotten,” he commented on one video one year ago. Cruz also commented on a CNN video called, “Is our culture to blame for Elliot Rodger’s rants?”