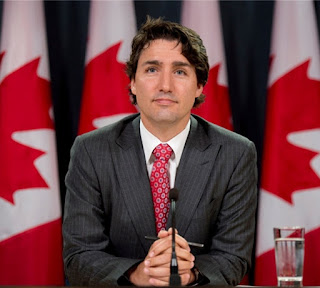 If these promises had actually been carried out, this would have meant a sharp break with the historic policies of both the Liberal and Conservative parties, which have always imposed various forms of colonial, assimilationist and genocidal policies upon the Indigenous peoples within the borders of the Canadian state.
Instead, over two years after the Liberals took office, their list of broken and failed promises to Indigenous peoples grows longer every day. The Communist Party of Canada condemns the Liberal government’s abysmal record, as a repetition of the same old pattern of delays and excuses while the resource wealth of traditional Indigenous territories is plundered for the profits of big capital.
Going back on their pledge to engage in meaningful consultations over resource extraction projects, the Liberals continue to ignore the dissenting voices of First Nations and other affected communities. The Liberal government’s backing for the Site C dam and the Kinder Morgan Trans-Mountain pipeline are among the most outrageous examples of favouring the profit-hungry of big energy monopolies, in direct violation of the principles of the UNDRIP and the TRC.
In late January, for the fourth time in two years, the Canadian Human Rights Tribunal issued another order for the federal government to stop removing children from indigenous families, and to end the pattern of racial discrimination in funding for First Nation child welfare agencies. While Minister of Indigenous Services Minister Jane Philpott has promised to implement the latest Tribunal ruling, the government’s foot-dragging on this issue does not inspire confidence that this form of cultural assimilation will be ended soon.
Similarly, the recent emergency meeting convened by the Assembly of First Nations to discuss the longstanding crisis of lack of clean drinking water on reserves and indigenous communities also drew attention to a related problem – the lack of government action on a wide range of crucial infrastructure needs on reserves across the country, from sewers and sanitation, to all-weather access roads, to completely inadequate health care and education facilities. The first two federal budgets presented by the Trudeau Liberals contained token amounts and vague promises of future funding; it remains to be seen whether things will be different in the upcoming federal budget.
Perhaps most symbolic of this pattern has been the achingly slow progress of the National Inquiry into Murdered and Missing Indigenous Women and Girls. The previous Tory government’s stubborn refusal to call such an Inquiry was an important factor in Harper’s political defeat. But after being launched with high hopes, the Inquiry has been largely bogged down due to inadequate planning, limited funding and failure to respect Indigenous protocols. There are growing calls for a “reset” of the Inquiry, so that it can be conducted in a truly respectful, nation-to-nation manner, with a mandate to expose the systemic reasons for violence against Indigenous women and girls, and also to point to the institutions and individuals in governments and police forces which failed to treat this violence as an urgent priority.
The Communist Party of Canada demands that the Liberal government offer a full and meaningful apology for these and other broken promises. We demand that the government drop its backing for the resource extraction projects promoted by big energy monopolies. The upcoming federal budget must contain adequate funding to provide clean drinking water to all reserves and indigenous communities, not years from today, but now. The budget must also provide the funding to overcome the woeful lack of decent housing for Indigenous peoples, and comply with the Canadian Human Rights Tribunal rulings on child welfare issues.
Anything less than full and immediate action on these issues would be yet another case of a federal government doing the “same old, same old” game – prioritizing the interests of the big corporations while paying lip service to the rights of Indigenous peoples. High-sounding words and artistic tattoos are not enough to erase the shameful legacy of centuries of racist, colonial oppression. At this crucial moment, we urge the labour and democratic movements across Canada to stand in solidarity with Indigenous peoples who are calling out the Trudeau Liberals for their broken promises.
February 11, 2018.