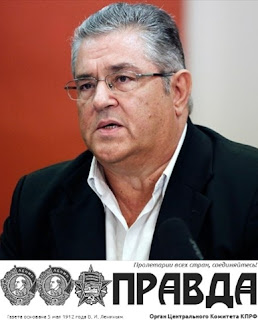 This year we celebrate the 100th anniversary of the Great October Socialist Revolution of 1917 in Russia, which put its seal in the 20th century. Its outbreak and victory has had a tremendous impact on global developments. The Russian working class with the October Revolution came to embody the vision of millions of working-popular masses for a better life. It has given great impetus to the development of the workers´ movement internationally, accelerated the process of establishing communist parties in many countries, including Greece. In November 1918, representatives of the socialist organizations of Greece originally created the Socialist Workers' Party of Greece (SEKE), which a few years later was renamed toCommunist Party of Greece (KKE). Among the decisions of the KKE's founding conference is a greeting to Soviet Russia, as well as a protest - denunciation against the planned military intervention by the imperialists against Soviet power.

The struggle of the rebelled Russian people gathered attention and mobilized the solidarity of the most progressive sections of Greek society, as well as the bourgeois class hatred. It was imprinted in popular songs, in the working peoples culture, it has had a decisive impact on progressive intellectuals and artists. Thousands of workers and peasants of Greek descent who lived in Russia took part in the struggle for the victory and the defense of the revolution.

The newborn KKE decisively condemned Greece's participation in the imperialist intervention against the young Soviet power. The KKE then and over time, stood a prominent supporter of the first workers state and constantly fought the forces of so-called Eurocommunism, or other petty bourgeois currents, such as Trotskyism or Maoism, that fought the USSR and socialism.

The KKE, and more widely the working people's movement in our country, accepted the internationalist solidarity of the USSR in critical moments of their struggle.

After the military defeat of the Democratic Army of Greece and the stop of the civil war in 1949, Soviet power intervened to stop the executions, torture and persecution in Greece, embraced and cared for tenths of thousands ofGreek political refugees, who in turn actively participated for decades in the construction of socialism in Uzbekistan and other Republics of the Soviet Union. Similar USSR assistance was given by the USSR during the junta's military dictatorship.

The KKE is proud of the solidarity it had given and accepted, for the blood ties it developed with the USSR and the Soviet people. The beginning of the study of socialist construction, initiated by our Party after the overthrow of socialism in the USSR, the drawing of useful conclusions from both the course of the positive and the mistakes, weaknesses, deviations, helped the KKE in forming a contemporary revolutionary strategy, in finding answers to concerns about the whole course of the socialist construction, a process of study that we undoubtedly continue to do.

2.   At what periods in your party's history was the influence of the ideas of the Great October Socialist Revolution expressed more clearly?

The faith in the necessity and timeliness of socialism, in the historical mission of the working class, in Marxism-Leninism and proletarian internationalism, permeate the entire historical course of our party. They were a source of inspiration and power.

After the counter-revolution, investigating the causes that led to the overthrow of socialism, we focused on issues related to the economy in socialism, issues of the political superstructure, decisions taken which strengthened thecommodity-money relations, weakened the workers power, created social forces interested in the overthrow of socialism, and which eroded the CPSU and the Soviets. As a "turning point" we have identified the 20th CPSU Congress. We have also been concerned in a similar evolution of the strategy of the International Communist Movement. We had to study the evolution of the Bolsheviks' strategy that led to the successful outcome of the socialist revolution in 1917.

We are concerned by why and under which circumstances the positive experience of the October Socialist Revolution and Lenin's strategic perception did not finally dominate, but instead a strategy that continually proposed an intermediate power or government between bourgeois and workers' power as a basic strategic line through all the Communist parties was justified. A perception which, although connected with the level of development of each country and proposed the elimination of foreign “dependence”, capitalist delay, promotion of "democracy", even prevailed in Communist Parties that operated in highly advanced capitalist countries and established bourgeois regimes. The mistaken view that the character that the revolution must have is determined mainly by the correlation of forces is still strong in the International Communist Movement, and in our opinion is a source of serious mistakes and constant deviations.

The KKE, studying also the experience of the October Revolution, came to the critical conclusion that the definition of the character of the revolution, the political goal of the workers' power, must be based on the objective definition of the character of our era. In spite of the counter-revolutionary overthrows, our era remains a period of transition from capitalism to socialism, so it is of great value in our daily action to keep the "flame" that lit up the October Revolutionundimmed, to refute the slanders by the bourgeois and opportunists as well as to draw valuable conclusions from the whole course of the October Revolution.

3.   The Great October Socialist Revolution was a proletarian revolution. How does your party define its social base in the contemporary conditions? If you could share the experience of your party inside the businesses, inside the working masses.

The October demonstrated the possibility and ability of the working class, as the only truly revolutionary class, to materialize its historical mission of leading the cosmogony of the construction of socialism-communism. At the same time, the October shows the irreplaceable role of the guiding factor of the socialist revolution, i.e. the Communist Party, the enormous force of the proletarian internationalism.

The 20th congress of our Party raised as central issue the comprehensive ideological – political – organizational steeling of the Party and its Youth as a party of the revolutionary overthrow.

The effort for the regroupment of the workers movement, for promoting the social alliance with the self-employed of the city and the countryside, the party building inside the big businesses and the strategic sectors are basic aspects of the tasks we set. There is a positive report of our work, which is also expressed by the improvement of the party’s social composition.

We are trying to generalise the important experience from the action of the All-Workers Militant Front (PAME), which is a rally of trade-union organizations in an anti-capitalist, anti-monopoly direction, a consistent class rally distinct both from the government-employer led trade unionism as well as from the line of the reformist and opportunist current. We study issues concerning the organization forms of the self-employed farmers and the self-employed tradesmen and craftmen. The relation between the party and the movement and especially between the party and the workers´trade-union movement.

We distinguish as a basic task the building of strong and massive party organizations inside the monopoly groups, the factories, the vast economic, industrial and commercial centers. We prioritize the branches and the sectors of transport, energy, telecommunications and metal, the branches of chemical industry, pharmaceutical industry, food, major construction works and the big commercial centers. We have results in this direction both as for the class trade-union organisation of the workers in these places and the organisational building of the Party with new party base organisations (POB) and the increase of our influence. 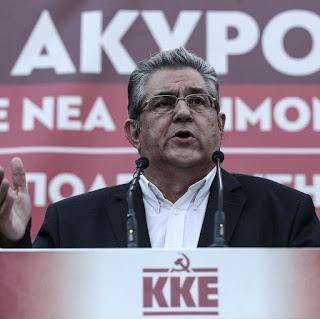 4.   Which are the main characteristics of your party tactics in the current conditions? How do the ideas and the experience from the Great October Socialist Revolution help in today’s class struggle?

Our party in the elaboration of its strategic starts from the fact that the capitalist system the only things that can give to the peoples is economic crises, unemployment, poverty, misery, imperialist wars and interventions. Socialism remains timely and necessary. The clarification of the socialist character of the revolution in the party’s programme from 1996, the onward elaboration of its strategy on the basis of its history and the history of the ICM are important tools for our action.

In Greece, in the last years of the crisis, various bourgeois and opportunist forces promoted – and promote – the creation of a “left”, “progressive”, “democratic”, “anti-right”, “anti-memorandum”, “patriotic”, “national”, “ecumenical” government (all these are names have been used for such governments) as an immediate proposal for a way out of the economic crisis and the anti-people policies.

The historical experience teaches us that the first “workers”, “left” governments arose from social-democratic parties or as governments of coalition of social-democrats with other bourgeois parties of that time. There is not a single case in the history of the international workers’ movement and that time, namely immediately after World War I, in which these governments did not emerge mainly as maneuvers of the bourgeois class in order to outface revolutionary upsurge, to incorporate the workers’, popular discontent in conditions of great economic crisis, before or after the war.

The goal of such a “left”, “workers´” government, on the terrain of capitalism, without a revolutionary overthrow, through parliamentary procedures, was adopted by various CPs as an intermediate goal with transitional measures, aiming, as was believed, to facilitate the struggle for socialism and to also solve some individual mature popular claims.

However, everywhere in the world, the experience shows that, despite the good intentions of the CPs, not only they failed to open a way for socialism, but even they could not secure the consolidation of some conquests of the popular movement. Judging from the experience of several countries, some before, some after the World War II, until today, at the end, the Communist Parties have found themselves disarmed organizationally, ideologically and politically.

The historical experience and significance of the great October is insuperable. It confirms that the salvation of the working class and the other popular strata, in conditions of economic and political capitalist crisis, in conditions of imperialist wars, is possible only through the path of overthrowing capitalist power and ownership, which of course presupposes also the weakening, the complete bankruptcy of its various “left” versions through the dangerous form of reformism – opportunism and the “ruling left”, as is expressed in Greece through SYRIZA, which has now fully transformed to a typical bourgeois party implementing all the policies of the industrialists, the ship-owners, the bankers, the EU and NATO, that are overall turned against the Greek people and all the other peoples.

We believe that the scientific explanation and defense of socialism’s contribution in the 20th century is an element of strengthening the revolutionary strategy of the communist movement. The restoration of the historical truth for the 20th century socialism, is the eminent task of all communists, without idealizations, in an objective way and free from the slanders of the bourgeois class that are also based on the disasters caused by the counter-revolution. The study of the contradictions and inconsistencies, of the subjective mistakes of the entire historical movement is a process of developing the theory of socialism-communism, which equips the communist and workers´ movement for the “assault to the sky”.

If the 20th century began with the assault to the sky by the proletarians and ended with their temporary defeat, then the 21st century can bring this time the final and irrevocable overthrow of capitalism and the construction of socialism-communism. 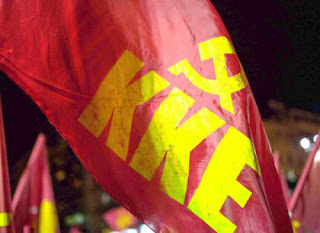