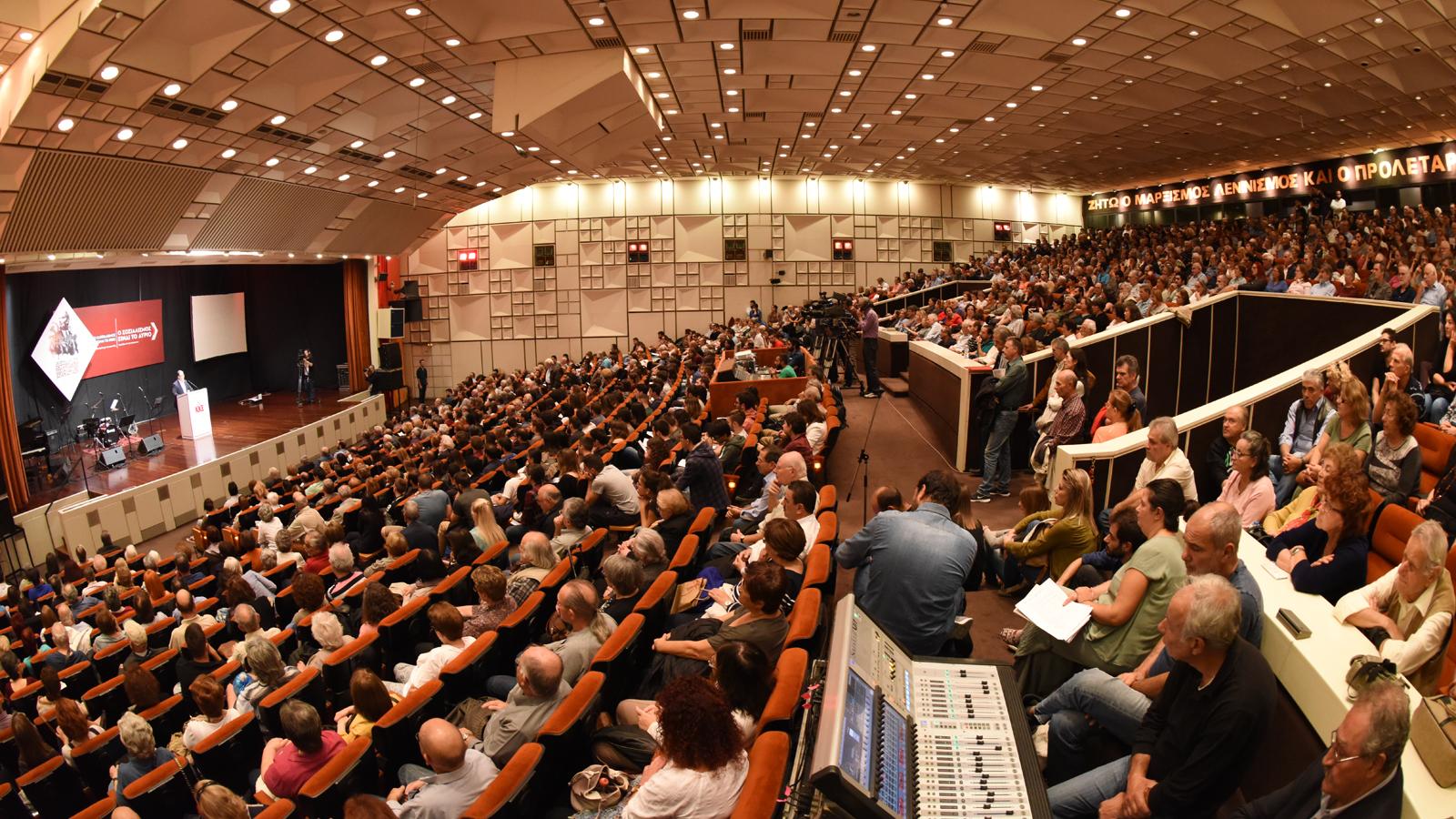 Under these slogans and with the presense of representatives of Communist Parties from various countries, the Central Committee of the KKE honored the 100th anniversary of the October Revolution. The event, which took place at the KKE's headquarters in Perissos, Athens, consists part of the celebrations organised by the CC of the KKE for the centennial of the 1917 October Revolution.

The event included an exhibition of Soviet banners, as well as Vladimir Lenin's post-mortem mask made by the prominent Soviet sculptor-monumentalist Sergey Merkurov.

Below, you can see the whole video of the internationalist event, as it was published by 902 portal.