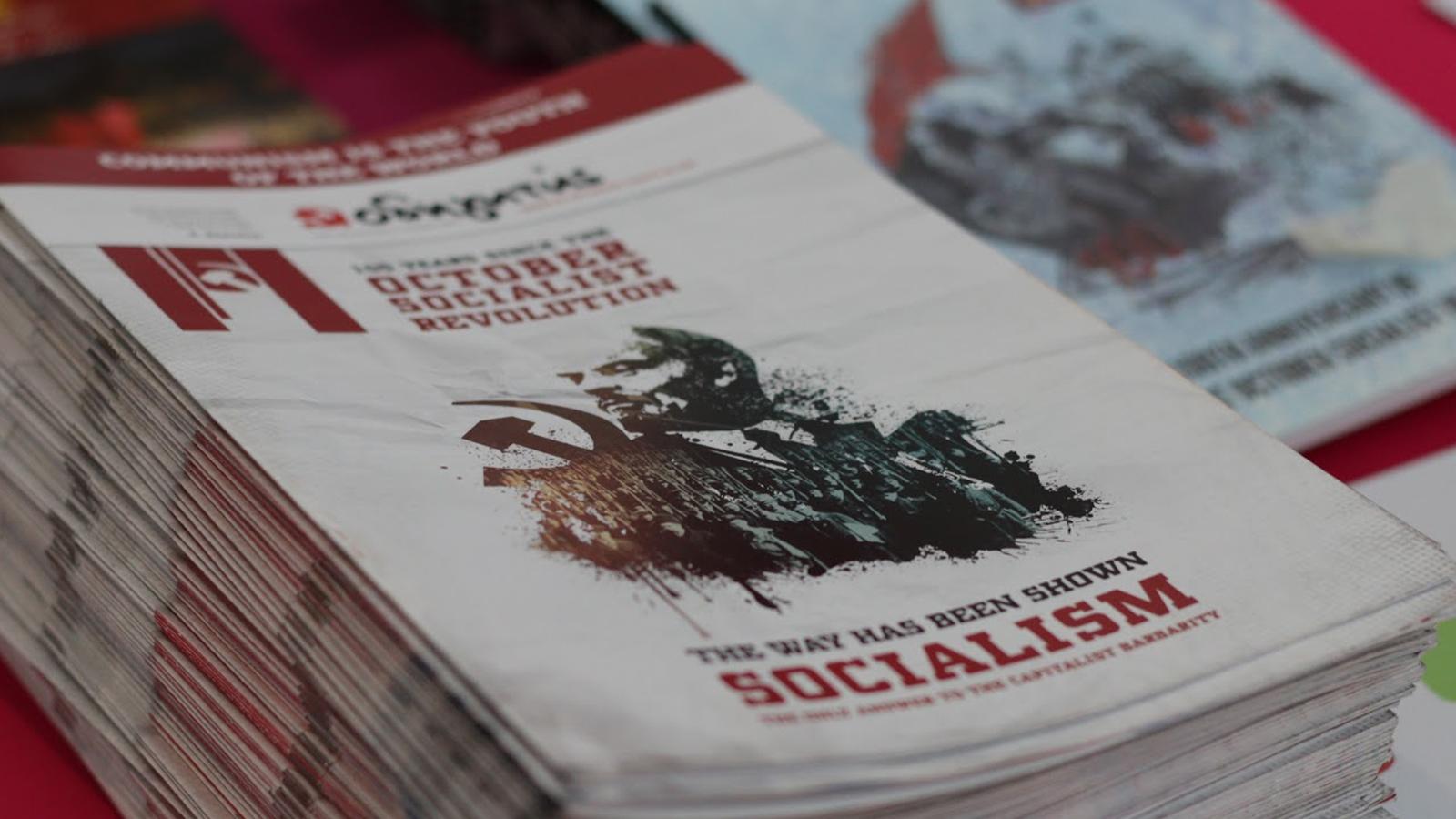 With an intervention to the Embassy of the Russian Federation in Athens, the Communist Party of Greece (KKE) protested the unacceptable behaviour of the authorities in Sochi towards members of the Communist Youth of Greece (KNE) who were participating at the 19th Word Festival of Youth and Students.

More specifically, as the 902 portal reports, the representatives of KNE faced unprecedented tight security measures and were prohibited from entering the festival venue because they had with them declarations for the 100 years of the October Revolution as well as communist banners with the sickle and hammer!

On Wednesday, the members of KNE were detained by security forces for 30 minutes, while today, the authorities prohibited the entrance to the representatives of KNE for almost 2 hours. The explanation by the Russian authorities was that "the sickle and hammer symbol is illegal and the declarations of KNE consist dangerous material"! Representatives from other Communist Youths condemned the behaviour of the Russian authorities and expressed their solidarity to the members of KNE.

Under the pretext of "security", the Russian government seems to have unleashed an attack to freedoms and rights, by criminalizing communist symbols (e.g. sickle and hammer) and prohibiting delegations of Communist Youths from entering the Festival.

In a letter addressed to the Russian Embassy, the Communist Party of Greece complained about the behaviour of the authorities in Sochi, mentioning that the incident undoubtedly tarnishes such a big and important event.