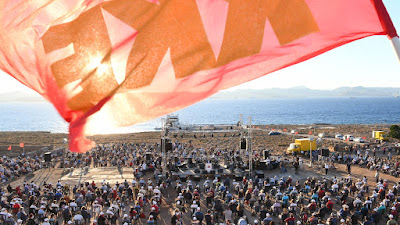 The Central Committee organized the event on the occasion of the presentation of a monument, created by sculptor Markos Georgilakis, which is dedicated to all those who were imprisoned in Makronissos by the bourgeois state between 1947 and 1974. It was an act of remembrance and honor to those who teached bravery and endurance, despite the unspeakable difficulties they faced.


The major speech was delivered by the General Secretary of the CC of the KKE Dimitris Koutsoumbas who praised the courage of the communist and non-communist political prisoners:

“Our comrades of Makronissos, who passed through hell but came out standing, we do not forget you! We honor you with our fight every day! No sacrifice has been lost! Because the seed you left is very strong and it is here today”, he pointed out among other things.

A special moment was when Makronissos' prisoner, 100 year-old communist veteran Lazaros Kyritsis laid a wreath in memory of his comrades. 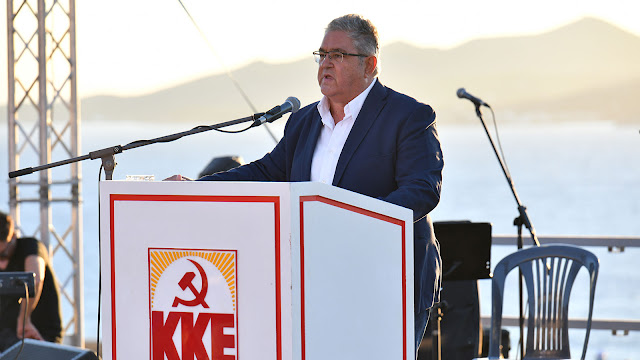 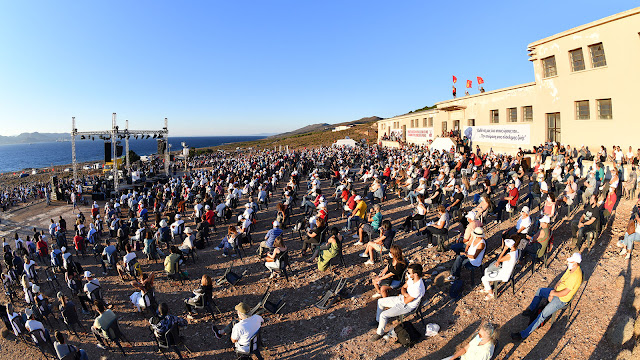 The monument called “Skies” (shadows), created by sculptor and assistant professor at the Athens School of Fine Arts Markos Georgilakis, consists of five figures which symbolize the martyrs of Makronissos who never bent their heads in the struggle.

The event was concluded with a concert featuring Thanos Mikroutsikos’ musical “Cantata for Makronissos”, based on poetry by Yannis Ritsos.

Makronissos, a small island of 13 km length close to the coast of Attica, was used as a military prison and concentration camp for communists, cadres and members of the KKE, as well as various political dissidents from 1947 to 1974. It “hosted” thousands of militants who experienced horrific tortures, thus gaining the name the “Dachau of Greece”. The concentration camp was closed down after the fall of the military Junta in 1974.