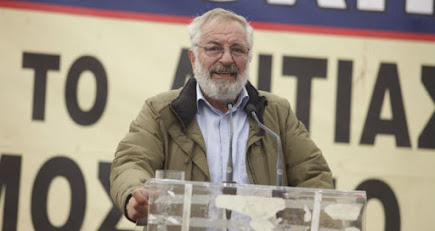 Vangelis Boutas was born to farmers in Mitropolis, a village close to Karditsa in Thessaly, in 1954. Since his early years he had an active participation in the farmers’ movement through the ranks of the KKE.

During the difficult years of 1989-1991, when the counterrevolution was triumphing in the socialist countries and the opportunists were trying to dissolve the KKE, Boutas defended the revolutionary character of the Party and the ideological principles of Marxism-Leninism.

He became a member of the Central Committee of the KKE in 1991. Between 1996 and 2000 he was a KKE MP representing Karditsa constituency and he was re-elected on May 2012 elections. He participated in KKE ballots in many electoral battles, including local, national and EU elections. For many years he had an active role in the local politics of Karditsa.

“He honored his status as a member and cadre of the KKE until the end”, reads the statement of the Central Committee.