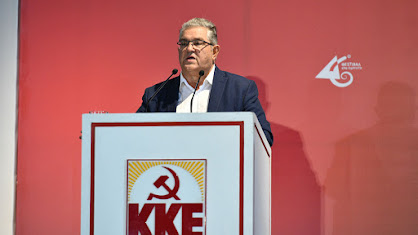 This year’s KNE-Odigitis Festival was a very special one, due to the extraordinary circumstances of the Covid-19 pandemic. But the Communist Youth of Greece (KNE) managed to organize a successful festival which, once again, gave a militant message of struggle and hope.

Under the major slogan “Socialism, for us to breathe freely, for life to win”, the three-day events of the 46th KNE-Odigitis festival at the University Campus of Zografou in Athens concluded with a speech by the General Secretary of the CC of the KKE Dimitris Koutsoumbas and a concert dedicated to composer Thanos Mikroutsikos.

Addressing the festival, Dimitris Koutsoumbas said that this year’s Festival will definitely be remembered as a special festival due to the necessary protection measures taken and the conscious discipline showed by the members and friends of KNE.

“The slogan “Socialism, for us to breathe freely, so life wins” may originate from the last cry of George Floyd, who was suffocating under the knee of the American police officer, but eventually these cries become more and more throughout the world, including our country”, the KKE General Secretary pointed out, adding that “this year’s festival is special because it goes against the stream. Because it shakes the consciences that are bombarded daily by arguments like “nothing changes” or the poisonous “there is no room for struggles, we must have national solidarity””.

Referring to the general developments, including the collapse of the public health systems even in the centers of capitalism, the manifestation of the capitalist crisis, the intensification of the competitions between the imperialist centers and the bourgeois classes of various countries, Koutsoumbas pointed out that these factors are mutually reinforcing.

“These are the impasses, the barbarity, the decay of the capitalist system itself, which the people are called upon to pay for, even with their own lives in cases of war”, the KKE General Secretary stressed out. 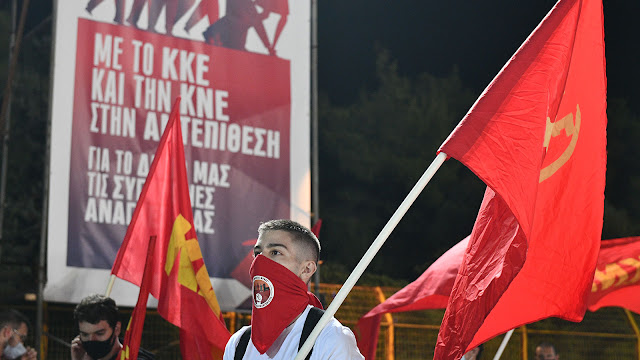 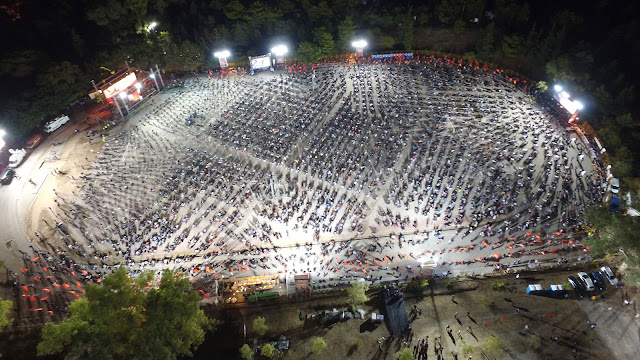 Dimitris Koutsoumbas also referred to the intense competitions that are manifested between strong imperialist powers and mainly between NATO-USA-EU on one side and Russia-China on the other. “The developments of the competition between the bourgeois classes of Greece and Turkey are also included in this canvas of contradictions”, said the KKE leader, adding they pose a threat for peace, the people’s lives and the country’s sovereign rights.

He pointed out that “the big allies of the Greek ruling class incite Turkish aggression, the questioning of borders the treaties which determine them”. At the same time, he said, under the responsibility of the Greek governments (both of New Democracy and SYRIZA), the country is transformed into a stronghold for NATO and US plans in the region, participating in Russia’s encirclement. 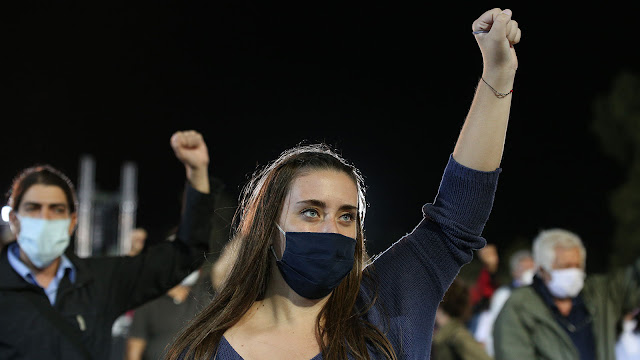 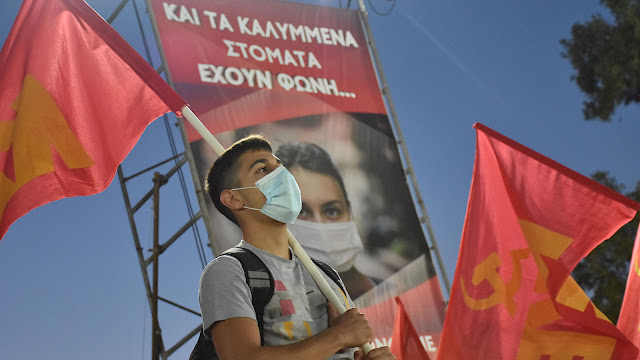 After an extensive reference to Greece’s internal politics and the new anti-people agenda of the government, the KKE General Secretary called the working class people to support the Communist Party. “The KKE, he said, has a plan for today and tomorrow, illuminating through it program the way for a different organization of society and economy, with the people being in power, owner of the wealth it produces. This is the new society for which we are fight on a daily basis in order to bring it as soon as possible”.

“Socialism, for life to win”, said Dimitris Koutsoumbas in the end of his speech, resulting to an extensive applause from the crowd.

A minute of silence was observed in memory of the slain anti-fascist musician Pavlos Fyssas, who was murdered seven years ago by members of the neo-Nazi Golden Dawn, as well as for the late composer Thanos Mikroutsikos and two KKE cadres who died recently, KKE Central Committee member Vangelis Boutas and comrade Maria Georgiou.